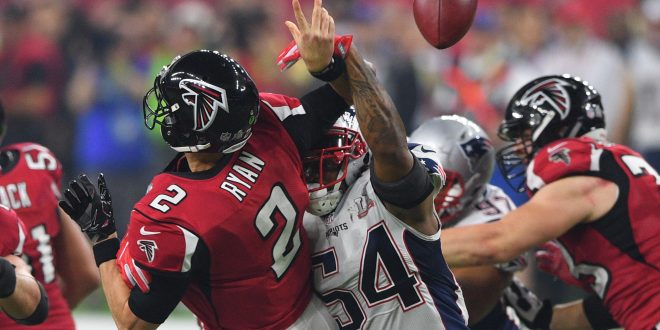 The ice was thin for Matt Ryan and the Falcons after getting out to an early 21-3 lead in last night’s Super Bowl. They would ultimately lose after the Patriots engineered the biggest comeback in Super Bowl history.

Off To A Quick Start

The Falcons looked unstoppable in the first half, wheeling and dealing on both sides of the ball. Julio Jones was untouchable and their defensive line seemed to have no problem getting to Tom Brady, forcing him to throw his first pick-six in his seven Super Bowl appearances.

However, the Falcons appeared to be a different team in the second half, allowing 31 points while only scoring a single touchdown.

The Atlanta Falcons blew a 28-3 lead at Super Bowl LI.

Regardless of the outcome and what the Falcons could’ve done differently, the young Atlanta Falcons have no reason to hang their heads.

With a defense featuring four rookie starters, an unstoppable receiver in Julio Jones and an MVP quarterback, the Falcons appear primed to be Super Bowl contenders for years to come.

Gators In The Super Bowl

Dan Quinn faces the difficult task of getting his player’s heads away from the devastating loss and focused on the 2017-2018 season.

The Falcons will look to put the past behind them this off-season and reload for next. With OTAs and the draft coming up in April, Falcons fans will have a couple of months to erase last night’s tough loss from their memory.