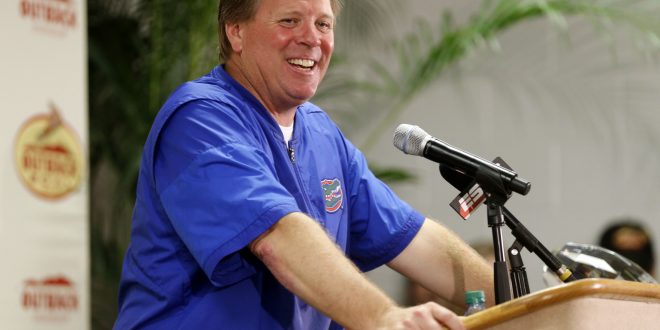 USF hired Bell to be part of their coaching staff two weeks ago. He has spent the past two years as Florida Atlantic’s defensive backs. He has plenty of deep ties with UF’s coaching staff.

Bell was the University of Miami’s director of football operations when UF’s current defensive coordinator, Randy Shannon was the Hurricane’s head coach. He also played alongside of Florida’s defensive line coach, Chris Rumph, when he was the starting cornerback at the University of South Carolina.

Davis will be making his way back into Gainesville again, but this time on the Gators’ side. Over the past two years, he had been the offensive line coach for North Texas and East Carolina and made a visit to The Swamp both seasons. Davis played for Oklahoma’s 2000 National Title team and was named the team’s Most Valuable Offensive Lineman in 2002.

It is likely that McElwain was anticipating Gray’s departure, quickly announcing Bell’s hire the day that Gray left for the Washington Redskins. Just three weeks ago, Gator O-line coach Mike Summers left for Louisville after being with UF for three seasons. Davis will be replacing him.

These new hires to complete the Gators’ coaching staff came soon after the announcement of Florida hiring new assistant coach, JaJuan Seider on Friday. Coach McElwain shows his excitement to have this new hire.

These coaches will begin working with the players at the start of Spring practice Feb. 28. We will be able to see them in full force at the Orange and Blue game on Apr. 7.