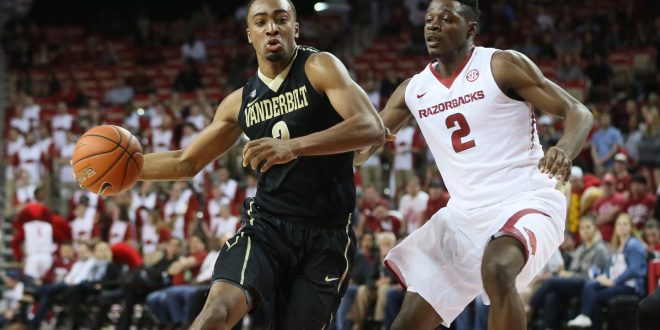 The Mizzou Tigers (6-17, 1-10) take on the Vanderbilt Commodores  (12- 12, 5-6) at home Saturday. This is the first back-to-back Southern Eastern Conference game for the Tigers at home. This game will be a battle between the young team of Mizzou and Vanderbilt’s strong scorers. The game tips off 2:30 p.m. CT and will be televised on SEC Network.

Mizzou men’s basketball returns to its home court for back-to-back Southern Conference games beginning with Vanderbilt.  The Tigers are a young team—the entire 2016- 2017 roster is made up of first or second year players. Some players still stand out. Junior transfer forward Jordan Barnett, who has led Mizzou in scoring six times. Sophomore guard, K.J Walton has scored in double figures in four-straight games for the first time in his career. Walton averages 12.5 points per game over the stretch. Walton also ranks first in the SEC in assist per game during league play.

Vanderbilt is on the road for the second time this week. The Commodores have improved to 12-12 overall and 5- 6 in league play after a road win—72- 59 over Arkansas. Vanderbilt shook off a four-game losing streak by wining four of their last six games.

Vanderbilt will be making their first trip to Missouri since 2014 and are looking for their first win in Columbia (0-4 all-time).

Hello my name is Kaitlin Alexander, a passionate story teller and lover of sports. Fun facts about me: I am a world traveler, interviewed all three UF Heisman Trophy winners, and a former intern of Bleacher Report. Follow me on Twitter: KalexanderUF
@KalexanderUF
Previous No. 17 Florida Must Get Physical Against Texas A&M on Saturday
Next District Finals High School Basketball Preview