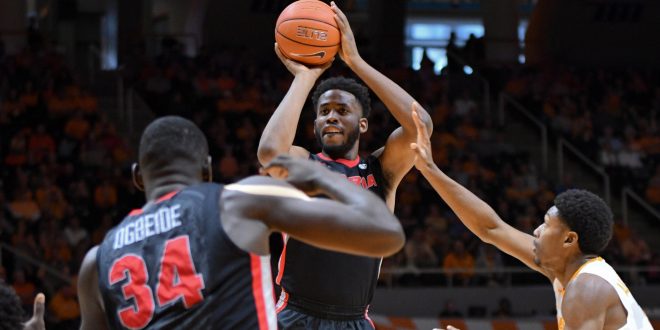 Other than records, both teams statistically are very similar. However, Mississippi State seems to edge out UGA in most

Yante Maten of UGA needs to have a big game against the Mississippi State Bulldogs for his team to be successful. Maten only recorded 7 points in UGA’s win over Tennessee before getting getting into foul trouble. Maten averages 19.2 points per game this season, the most for any Dawg player.  On the other hand, Georgia’s J.J. Frazier had a great game against Tennessee. In the second half he scored 20 of the team’s 29 points.

For Mississippi State, Quinndary Weatherspoon is looking to bounce back after only scoring 5 points in his team’s loss to South Carolina. Weatherspoon is scoring a team-high of 16.8 points per game.

The SEC showdown is set to tip off Tuesday at 7 on ESPNU.