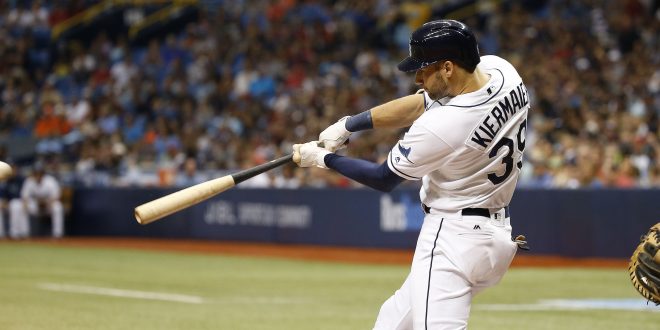 The Tampa Bay Rays have officially begun spring training, with the hope that their 2017 season will lead to a better result than last year.

The team is looking to improve on their 2016 season, where they ended with a 68-94 record. That record made the Rays dead last in the American League East.

The Rays are hopeful that the clean slate that comes with a new season will bode well for them in developing the winning formula during this Spring Training.

Chris Archer, pitcher for the Rays, spoke about what he believes the key to a successful season is.

“I think just being healthy is going to be our key…. Being healthy and our starting pitching doing its normal thing. Nothing more, nothing less,” said Archer to the team’s website.

The team is also going into this Spring with optimism and excitement to begin playing baseball again.

We've got that Day 1 feeling… pic.twitter.com/aJ9bPu2vYy

The Rays are also hoping that their free agent additions will boost the offense and defense to a postseason appearance in 2017. The free agents signed by the Tampa Bay Rays include:

He did suffer a fractured left hand on May 21 against the Detroit Lions at Comerica Park.

Kiermiaier dove to grab a fly ball, but would land awkwardly on his hand. The injury would see Kiermaier leave the game in the bottom of the fifth inning.

As spring training approaches, Kiermaier is looking forward to the relaxed environment that comes with the training. He’s also enjoying the fact that stats don’t matter and feels that people read too far into the stats. He also feels that it gives the team seven weeks to get locked in and ready to go for the impending season.Also, Kiermaier feels that his age and experience in the league simply makes him better at the plate.

Kiermaier will be a key component for the Rays as they look to have a successful campaign in their search for the postseason in 2017. If the momentum he built in 2016 is any indication of what he’ll bring to the team,the Rays could be well on their way.

Cannot wait to get to spring trainin and see all my teammates! https://t.co/eTMye0EIsR

The Tampa Bay Rays will begin their first full-team training camp on Friday.

The team’s first spring training game will be against the Minnesota Twins. The game will take place on Feb. 24 at 7:05 p.m. from Fort Myers.