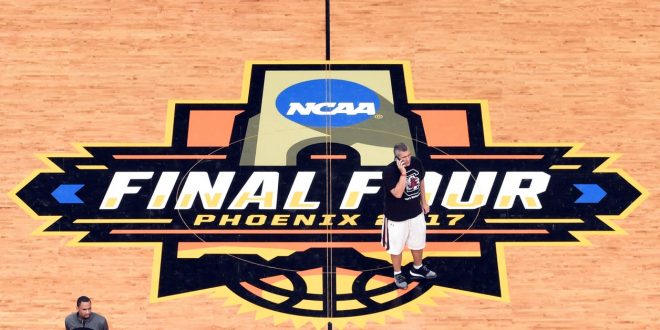 After many tears and brackets busted men’s Final Four action is set to begin Saturday in Phoenix, Arizona. In the first game the South Carolina Gamecocks take on the Gonzaga Bulldogs. Later on that evening the Oregon Ducks face the North Carolina Tar Heels. All four basketball squads have fought long and hard and paid there dues to get to this point.

South Carolina, the lone survivor from the SEC, finished the season with a 26-10 record. Coach Frank Martin’s Gamecocks average 73.2 points per game and allow 64.9 points per game. This is South Carolina’s first Final Four appearance in school history and they will surely want to make it a memorable one. Senior guard Sindarius Thornwell will be a key contributor in this match up as he leads the Gamecocks in scoring averaging 21.6 points per game. The Gamecocks have a tough match up against a Gonzaga team that only lost once all season. Finishing the season with a 36-1 record Gonzaga was ranked number one for part of the season.  This is Gonzaga’s first trip to the Final Four as well. The Bulldogs average 83.2 points game and allow 60.9 points per game. Coach Mark Few will look for junior guard Nigel Williams-Goss who averages 16.7 points , 5.9 rebounds and 4.6 assists per game to take it to the next level against the Gamecocks. Tip-off is set for 6:09 PM. The game can be viewed on CBS.

One of the surprise teams in the Final Four, the Oregon Ducks advanced to their first Final Four in 78 years. Coach Dana Altman’s Ducks finished the regular season with a 33-5 record placing them first in the Pac-12. The Ducks averaged 78.9 points a game and allowed 65.5 points per game. Junior forward Dillon Brooks will be look be a major factor in this contest; he leads the Ducks in scoring averaging 16.3 points per game and will be a tough assignment for the Tar Heels defense. Speaking of the Tar Heels, this is coach Roy Williams sixth Final Four appearance and 20th overall appearance for North Carolina. The Tar Heels finished the regular season with a 31-7 record. Junior forward Justin Jackson who averages 18.2 points per game and 4.7 rebounds per game hopes to replicate his scoring success in the match up. Tip-off is set 8:49 PM. The game can be viewed on CBS.