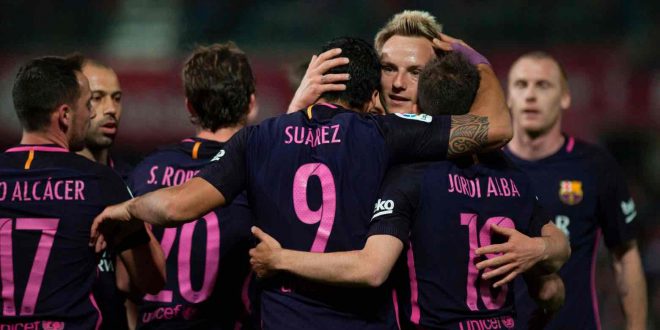 Real Madrid‘s winning momentum continues even after the last international break, which is normally the time that teams lose their pace. Deportivo Alavés made everybody know about their intentions coming to the Santiago Bernabéu since the first minute of the game. Real Madrid got away with the three points in an easy 3-0 victory.

The hosts took control of the ball and the initiative right away in the game, but struggled a little bit to create chances in the last third of the pitch. This happened because of the good defensive scheme by Alavés. Defenders did their best to maintain their positions and cut all the passing lanes. Real Madrid needed the brilliance of players like Toni Kroos, Isco and Karim Benzema to break the wall.

Kroos played as the center-midfielder of his team – a position that is normally occupied by Casemiro. He did a fantastic job. Kroos used his accuracy to distribute passes and find open lanes for his teammates. Isco is a better player when he is not limited to play in just one zone of the pitch. He normally performs at his best when he has the freedom to constantly move and alternate positions with and without the ball. Benzema, a player who does not need fancy stats to make himself noticed on the pitch, played once again as the false “9” of his team. He was the last connector of every offensive play in the last third.

Benzema scored the first goal of the game in the 31st minute of the game. He made a triangle-passing connection with Daniel Carvajal – he substituted Raphaël Varane – inside the box. Benzema made a one-touch definition with his left foot after being assisted by the Spaniard.

It seemed like Real Madrid found the key to score more goals after Benzema’s goal, but that was not the case. In the second half, Real Madrid lost part of their possession of the ball and still had difficulties to create clear chances. But it was not anything dangerous because Alavés are not a team characterized for being good when having the possession and the initiative in the game. Victor Camarasa and Deyverson were the only ones who tried to offer something different on the offensive side. Camarasa was great at putting high-pressure to Real Madrid’s build-ups. Deyverson did his best to exploit open spaces and split defenders.

The last two goals came in the last five minutes of regulation. Isco solidified his great game after he scored a no-angle shot inside the right side of the box – he was assisted by Cristiano Ronaldo. Three minutes later, Nacho scored a header after a Gareth Bale‘s free-kick was reflected against the post.

Real Madrid have now won their last four games – they have one game left to play against RC Celta de Vigo. Meanwhile, Alavés are in the middle of the pack in the league table with 40 points. 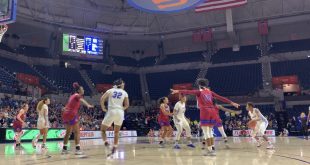