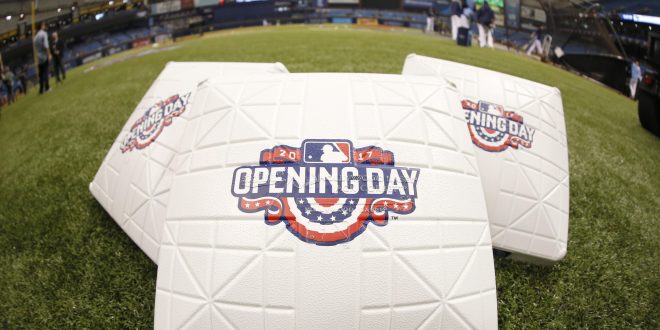 After a spring training full of long toss, tee work and bullpens, the Rays came out guns-hot in their 7-3 win over the Yankees on Opening Day.

Perhaps the gutsiest call of the night from Rays manager Kevin Cash came in the seventh inning.

Archer worked the count, got Sanchez to hit a weak ground-out to end the inning and handed the game over to the Rays’ bullpen with a five-run lead.

It was a rough start to the season for Yankees star pitcher Masahiro Tanaka. Tanaka, who made his third consecutive Opening Day start for the Yankees, struggled against the Rays.

After starting his career 6-0 with a 2.82 ERA against the Rays, Tanaka was blasted for seven earned runs in just 2 2/3 innings.

With a 2016 Rays team that ranked next to last in the MLB in batting with runners on base, it appears that new hitting coach hire Chad Mottola has the Rays’ bats ready to go.

After driving in the first run of the MLB season on a sac fly following a lead off hit from Corey Dickerson, shortstop Evan Longoria also connected on the first home run of the 2017 MLB season to put the Rays out to an early lead.

Longoria’s second inning home run was his fourth Opening Day homer in his 10 seasons with the Rays.

However, Evan Longoria wasn’t the only Rays player participating the hit parade.

Following a 2016 season with an abysmal .238 average, first baseman Logan Morrison started off 2017 with a bang. Morrison was 3-4 on the day with one homer and 3 RBI’s.

The Rays will have to turn right back around for another game against the Yankees on Tuesday.

Rays RHP Jake Odorizzi will be on the bump for the second game of the series. Odorizzi was lights out following last year’s All-Star Break, going 7-1 with a 2.71 ERA.

CC Sabathia will start the hill for the Yankees. Since 2009, Sabathia is 3-7 in 14 starts at Tropicana Field. 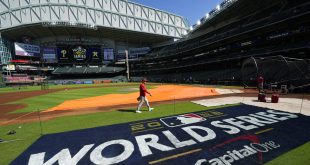 Phillies and Astros Face Off in Fall Classic