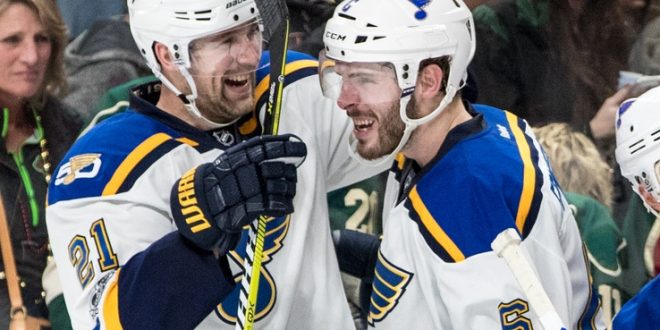 Yesterday marked the first night of games in the first round of the 2017  NHL Playoffs. The New York Rangers, Boston Bruins, Pittsburgh Penguins, St. Louis Blues, and the San Jose Sharks have all started off with wins in their first games in round 1 of the playoffs.

The Washington Capitals finished the regular season with 118 points and won the Metropolitan Division, as well as the Presidents’ Trophy, having won it three times in the last eight seasons. The Maple Leafs come into the game as the second Wild Card team and are definite underdogs, having lost twice to the Capitals this year. This will be Toronto’s second postseason appearance since the 2003-04 season. The first two games in the series will be played in Washington at the Verizon Center.

The Chicago Blackhawks come into the playoffs as the top team in the Western Conference. Since January, only Anaheim and Washington have accumulated more points than Chicago. Nashville secured the second Wild Card spot with a solid run in the last 15 games of the season going 9-5-1. The first two games of the series will be played in Chicago at the United Center.

The Anaheim Ducks won the Pacific Division after accumulating 105 points during the regular season. The Flames secured the first Wild Card spot with 94 points over the regular season. Calgary has made it to the postseason twice in the last three seasons, although the Ducks have remained strongly consistent by winning their division for the past 5 consecutive seasons. But they are striving to get past the conference final as they have not done it since winning the Stanley Cup back in 2007. The first two games of the series will be played in Anaheim at the Honda Center.

Previous Williams Looks to Play in the WNBA
Next NFL Draft Preview: First Round Predictions