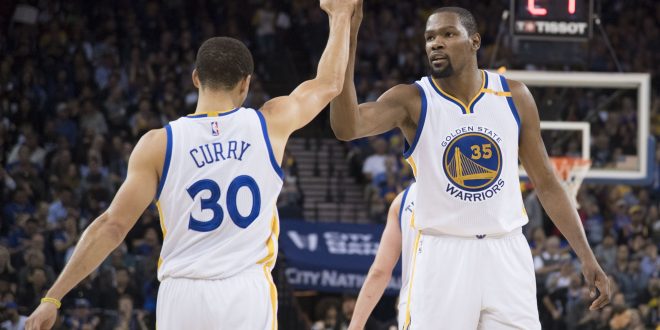 Jeff Van Gundy was discussing the topic of which basketball duo is the greatest ever during the broadcast of Game 2 of the NBA Finals. He said that Kevin Durant and Stephen Curry might be one of the best basketball duos ever.

We decided to break down some of the greatest duos of all time and compare how Curry and Durant match up.

When Durant first announced he was coming to Golden State, many predicted that they would initially have trouble forming chemistry. Sharing the ball with one another was another problem that also came up. This was not the case though as the Warriors picked up right where they left off from their 73-win season from the year before.

The duo of Durant and Curry have been the crucial factor  in the Warriors 14-0 record in the playoffs so far. Durant has been as efficient as ever with 27 points a game on 56% shooting. Curry has also returned to his MVP form with 28.8 points per game and 6.5 assists.

While this is the first year of the Durant-Curry era, some believe that if this level of play continues it will be hard to argue that they are among the greatest duos of all time.

When comparing the greatest duos of the NBA, it will be hard to find a list the does not include Magic Johnson and Kareem Abdul-Jabbar. Their legendary status came from their chemistry and feeding off of one another. During their time together, Kareem had 20.1 points per game and Magic 19.5 ppg.

However, what made them a level above many others in the NBA was their unselfishness. Magic’s 11.2 assists per game and Kareem’s 7.3 rebounds gave them the edge to beat all others while they played together. The five rings that they won together were a symbol of their dominance of the league during their time together.

Another legendary duo that Jeff Van Gundy hopefully thought about is the two hall-of-famers in Larry Bird and Kevin McHale. They combined for 21.1 points and three NBA titles during the 12 seasons they played together.

This duo, along with the duo of Magic and Kareem, seemed to dominate the league without much competition winning 8 of the 10 NBA titles during the 80’s. Their dominance is unlike anything that was seen at the time and has not been seen since.

The duo of Michael Jordan and Scottie Pippen marked the new era of high scoring the NBA. Jordan’s 31 points per game with Pippen’s 20 were unstoppable during the 90’s as they would go on to win 6 titles in 7 years.

Many regard their run as the greatest stretch of all time.

Shaq and Kobe are another, more recent, basketball duo that is considered one of the greats. O’Neal’s monstrous build for the low-post and skill grabbing rebounds combined with Kobe’s mid-range shots were deadly. It is hard to argue that this is not one of the greatest duos of all time.

Together they won three titles in a row and went 45-13 in the playoffs during that span.

Jeff Van Gundy’s statements during the Game 2 broadcast sparked a lot of debate of who the best duo of all time is. Many say that because most of these duos camein different eras, they cannot be compared.

Each pair’s level of dominance is one common theme, however, and while the Durant-Curry duo is not even a season in yet, they seem to show a pattern of dominance as well. Time will tell. 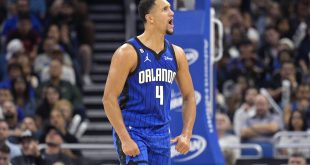 Perhaps there is some Magic left in Orlando. Following a second-half collapse by the Golden …