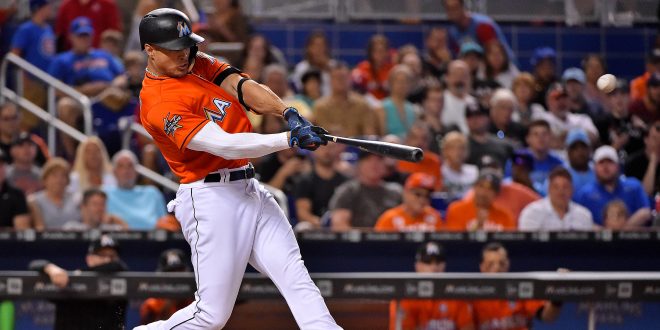 The Tampa Bay Rays (40-38), Atlanta Braves (36-39) and Miami Marlins (34-40) are all in hot pursuit of division leaders. After the weekend’s games, the Rays are two and a half games back of the Boston Red Sox and New York Yankees in the AL East. In the NL East, the Marlins and Braves are both chasing the Washington Nationals. Currently, the Braves trail by nine games and the Marlins are 10.5 games back.

The Rays lost the rubber match of a weekend series against the Baltimore Orioles on Sunday by a score of 8-5. The loss is the Rays second in a row, but they didn’t fall in the AL East standings as the Red Sox and Yankees suffered Sunday losses too. After trailing early, the Rays got their first lead of the game via an Evan Longoria home run. His three-run shot shot gave the Rays a 5-3 advantage in the bottom of the fifth.

The Orioles responded with a pair of solo home runs from Trey Mancini and Jonathan Schoop to tie the game at 5-5. The heartbreak came for the Rays in the top of the ninth when Joey Rickard hit an eventual game-winning RBI double to put the Orioles up 6-5. Baltimore tacked on two more runs in the frame to make it 8-5 and the heart of the Rays lineup went down in order in the bottom of the ninth to end the game. Rays’ closer Alex Colome was on the mound in the ninth and takes his third loss of the season.

The Braves entered Sunday having won four straight games and seven of their last eight. Their brief winning streak ended with a 7-0 loss to the Milwaukee Brewers. Atlanta starting pitcher Julio Teheran surrendered all seven runs in his three innings of work and his ERA has now escalated to 5.30 on the season.

Travis Shaw opened up the scoring early in the first with a two-run home run. Keon Broxton added a solo home run in the second inning to put the Brewers up 3-0. The offensive out pour continued in the third inning with an RBI single from Hernan Perez. Broxton’s RBI total for the game rose to three when he also singled to score Shaw and Perez giving the Brewers a 6-0 lead. Milwaukee would add one more run on a sacrifice fly by Domingo Santana to make it 7-0.

As great as the Brewers’ batters were, starting pitcher Zach Davies was equally or more impressive. Here’s his full line: 7 IP, 4 H, 0 R, 1 BB, 0 SO. This is the fifth time the Braves have been shutout this season.

The Marlins got off to a hot start against the Cubs and were able to hold on for a 4-2 victory. Miami scored three runs in the first inning. They did so by capitalizing on an error by Cubs shortstop Addison Russell that allowed Ichiro Suzuki to reach base to lead off the game. Marcell Ozuna drove Ichiro home on a single to center field to get the scoring started. Martin Prado later doubled to score Justin Bour and Ozuna.

Edinson Volquez started for the Marlins and pitched five innings. He issued five walks and gave up five hits, but he managed to surrender only two runs. Star outfielder Giancarlo Stanton homered in the seventh inning to add an insurance run giving Miami a 4-2 lead.

After the game, it was announced that Stanton will participate in the 2017 Home Run Derby. Stanton won the 2016 Home Run Derby and will be defending his title in front of the home crowd, as Miami is hosting All-Star Game festivities this year.

His city. His title. Let's go! @Giancarlo818 will defend his title in the 2017 T-Mobile Home Run Derby. pic.twitter.com/cVZfT2sskD