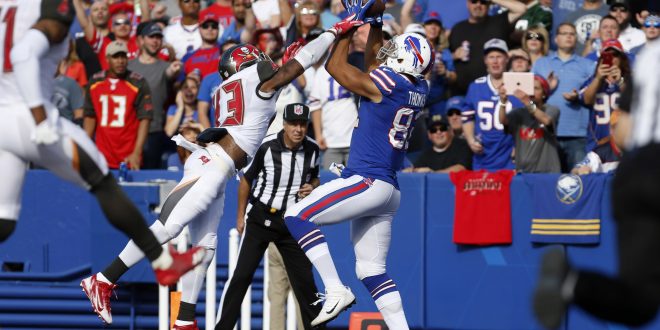 Prior to the 2017 NFL regular season, the Tampa Bay Buccaneers were expected to have a significant impact on the league. The Bucs added receiver Desean Jackson and drafted tight end O.J. Howard in the offseason, which were big reasons for their high hopes. But six games into the season, Tampa Bay is sitting at two wins and four losses with their season in a downward spiral.

After the Bucs 30-27 loss to the Buffalo Bills on Sunday, safety T.J. Ward voiced his frustration.

The three-time Pro Bowler was on the field for only 24 snaps Sunday (35 percent). Rookie safety Justin Evans participated in 68 snaps against the Bills (100 percent).

Before being cut by the Denver Broncos, Ward started in 26 regular season games in three seasons, averaging 61 snaps per game. Ward was a top-three defensive player for the Broncos alongside Aqib Talib and Chris Harris Jr.

Ward believes he could contribute if given more opportunities on the field.

“I’m only playing every two series,” Ward said. “I’m not out there all the time. There’s a lot going on. I’d love to help, but I can’t. It’s very frustrating.”

The rule of three: that phrase that signifies that everything is perfect. The New Orleans …