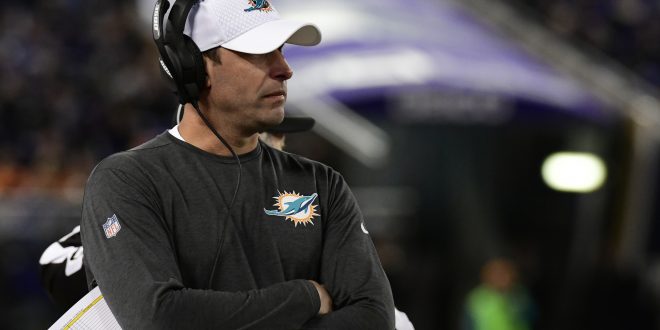 Joe Flacco went out with a concussion, but the Ravens didn’t need him to get past the Dolphins.

Having one of his best games so far this season, Flacco was placed under concussion protocol after taking a nasty hit by Miami Dolphins linebacker Kiko Alonso.

Flagged for unnecessary roughness, Alonso went high on Flacco who was attempting to slide and avoid a big hit. A shoving match ensued after the play was over. Flacco left the game for concussion protocol, but was ultimately ruled out for the rest of the game.

ICYMI:
Here's the Kiko Alonso hit that got everyone fired up. Worthy of a flagrant? Should Flacco have slid earlier? pic.twitter.com/8aVgtMorMg

Back-up quarterback Ryan Mallet entered the game with the ball on the two yard line thanks to the penalty on Kiko Alonso. On his first pass, Mallet found Benjamin Watson for a two-yard touchdown. Not a bad way to start the night. The Ravens were in cruise control up 20-0 heading into halftime.

Quarterback Jay Cutler was ruled out for this game. Matt Moore received his first start of the season under center.

The Dolphin’s offense never seemed to click throughout the game with the majority of their drives going 3-and-out. They were only able to gain 221 yards of total offense against the Ravens defense.

Moore finished the night completing 25 of 44 passes for 176 yards, but had two interceptions and no touchdowns.

Both interceptions thrown by Moore were pick-6’s.

The first one happened early in the 4th quarter, which ended a quality drive for the Dolphins that went 10 plays for 49 yards.

The second pick-6 was the final nail in the coffin. Moore stared down wide receiver Kenny Stills, and Jimmy Smith read it the whole way. Sealing a 40-0 beat down in front of the home crowd in Baltimore.

Originally from Ocala, Florida. University of Florida Class of 2017. Avid FIFA player willing to beat anybody. Follow me on Twitter for everything you need to know!
@JoshLaSelva
Previous Florida Soccer Closes Regular Season With 1-0 Loss Against South Carolina
Next Yankees Manager Joe Girardi Asked to Leave