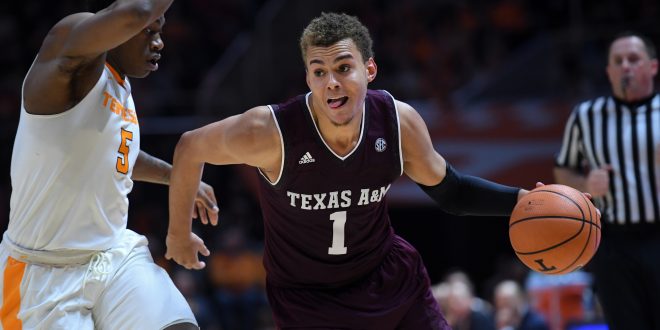 Texas A&M looks for its first SEC win and its first win in five games tonight as they host Ole Miss. Ole Miss comes into tonight off of a big win handing the Florida Gators their first SEC loss. This will be the eighth meeting between the Aggies and the Rebels, and the Aggies have the lead in the series, 5-2.

The Rebels are currently 10-7 this season and continue to improve. They continue to mix and match their starting line-ups to better fit their matchup. Ole Miss ranks second in the SEC in turnover margins. They rank 28th nationally in least amount of turnovers. The Rebels rely on a few players to help get them through games.

If Ole Miss can get to the foul line and make their free throws, they are more likely to come out on top. They rely on the three this season. The Rebels are 9-1 when they shoot 30 percent or more from beyond the arc.

Ole Miss is looking for its first ever win in College Station.

After starting off the season 11-1 and ranked No. 5, the Aggies look to regain the momentum they had starting with this game. They have not won an SEC game this season. Texas A&M has suffered many injuries this season. They have played only four games with its entire roster available.

Graduate transfer guard Duane Wilson made his return to the court last Saturday against Tennessee. Wilson missed three games after being injured in December against Alabama.

You can watch this match-up on SEC Network.

North Carolina Native with a passion for sports. Follow me on twitter @lcavasinni11
Previous Trae Young Is On Another Level
Next SEC Hoops Preview: Gamecocks host Calipari and the Wildcats