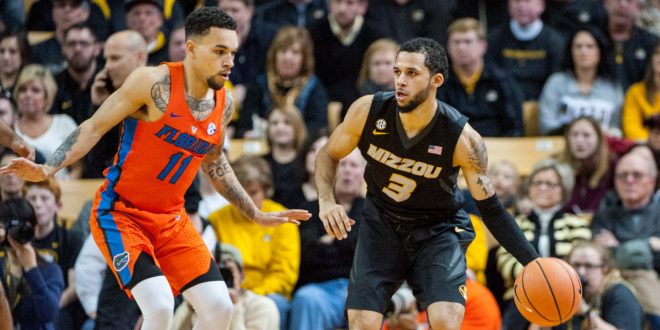 Preview: Missouri Looks to Even Series Against Tennessee

Volunteers Head West to Show Mizzou What They’ve Got

Tennessee is traveling 600+ miles to the Show-Me State to extend their winning streak to four games as they take on Missouri.

The Volunteers will come into Wednesday night’s game ranked 21st on the AP Poll thanks to their current three-game winning streak; including wins over Kentucky and a promising Texas A&M team.

The Vols are currently 12-4 on the season.

Head Coach Rick Barnes’ comments about the Vols competing with any team in the nation look more accurate every time his team plays and his “undersized bigs” have a lot to do with that.

Junior forward Admiral Schofield did everything for Tennessee in the victory over Texas A&M last Saturday. Schofield scored 12 points, brought down a team-high eight rebounds, and had two blocks to go along with two steals.

Junior forward Kyle Alexander earned a few more minutes with his performance this past weekend. Alexander went five-for-six from the field for 14 points, had 6 rebounds and three huge blocks.

The Missouri Tigers are competing for a spot in the NCAA Tournament despite losing one of the top prospects in the nation in Michael Porter Jr., #2 on ESPN’s top 100 prospects.

Mizzou is currently 12-5 on the season (four more wins than last season) and have won eight of its nine home games.

With 14 games left on their schedule excluding the SEC Tournament, 12-5 isn’t so bad.

The Tigers have lost two of their last three games by a combined four points; meaning Head Coach Cuonzo Martin’s team is competing on a nightly basis but have not found a way to close games halfway through the season.

In Saturday’s loss to the Razorbacks, the Tigers were nearly evenly matched in almost every stat besides, debatably, the most important statistic in basketball: Free-throws.

Barnett posted a double-double on Arkansas with 12 points and led the team with ten rebounds.

What to Watch For:

Look for the Volunteers to dominate in low-post scoring and rebounds against the guard-dominated Tigers with Schofield, Williams and Alexander.

Look for the Tigers to counter Tennessee’s bigs with long-range shooting and uptempo guard play.

@@UlyssesGrantIII
Previous Sumlin Moves On From Aggies, heads to Arizona
Next KeVaughn Allen Goes For 28 In Florida’s 88-73 Win Over Arkansas