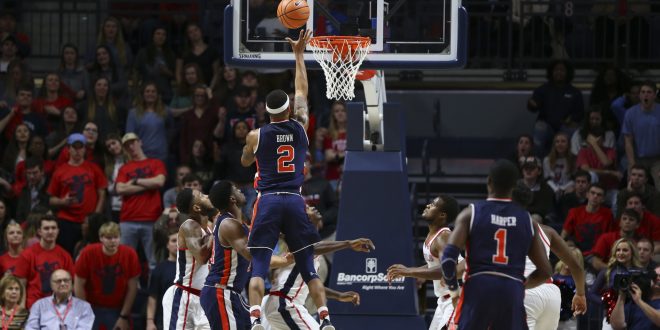 On Saturday, it will be a battle between the top of the SEC basketball table and the bottom. Vanderbilt will travel to Auburn and take on the high-flying Tigers. Vandy, with only two wins in the SEC this season, will attempt to pull a huge upset at Auburn Arena.

The Tigers have had an incredible season thus far. With an 8-1 SEC record and 20-2 overall record, they’re ranked 11th in the NCAA and hold the top spot in the SEC. It’s a remarkable turnaround from previous years, where they spent nearly a decade at the bottom of the SEC standings. In fact, they haven’t made an NCAA appearance since 2003, a fact that already looks on its way to change this year.

The key to this team’s success has been their depth. Auburn Coach Bruce Pearl has managed to create a balanced team that does not rely on one star. The Tigers have had five different leading scorers this season. From guards Jared Harper and Bryce Brown to forwards Mustapha Heron and Desean Murray, the Tigers boast loads of attacking options. In fact, they have the 10th highest points per game average in the nation, with 85.7 points per game.

While Auburn did not have a Big 12/SEC Challenge matchup last weekend, they still took care of business. They thrashed LSU 96-70 and defeated Ole Miss 79-70 on Tuesday.  On Saturday they’ll take on a team who is in desperate need of a win. However, Auburn will feel very confident at home as they have not lost a match there all season.

Last Saturday the Commodores had an uplifting win in the Big 12/SEC Challenge. They took down TCU in a close game, ending 81-78. However, the momentum did not quite shift in Vandy’s favor. On Tuesday, they lost a thrilling overtime match to Kentucky, 83-81. Vanderbilt is in desperate need of a win, with their 8-14 record so far this season.

But, their past two performances have shown that the Commodores are putting up a fight. They took no. 21 Kentucky to overtime, after Clevon Brown‘s game-tying layup with nine seconds left in regular time. However, they had too many missed chances in the last stretch of the game, allowing Kentucky to come back from a 14-point and an 11-point deficit to win the game.

Interestingly, one of Vanderbilt’s two wins in the SEC this season came against Alabama – the only team to have beaten Auburn in SEC play. Vanderbilt put up an impressive performance led by Saben Lee (23 points) and Jeff Roberson (17 points). If the Commodores want any chance to upset the Auburn Tigers, then they have to be more efficient. They will look to get two consecutive wins for the first time since December.

The Auburn Tigers will host the Vanderbilt Commodores on Saturday. Tip-off is set for 8:30 pm and you can catch it on SECNetwork.