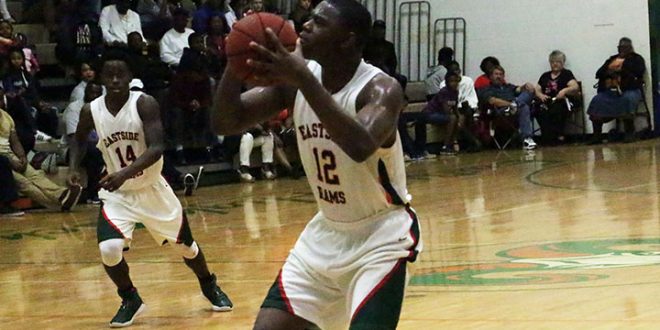 Postseason play is fast approaching for boys’ and girls’ high school basketball. Here’s a look at the upcoming games for Friday and Saturday.

The Buchholz Bobcats will take on the visiting Gainesville Hurricanes at 7:30. The Bobcats are struggling with an 8-13 record and are 0-7 in their district. However, records ultimately do not matter when it comes to rivalries, according to Gainesville head coach Kelly Beckham, citing a two-point victory his team had over the Bobcats in January. The Hurricanes have enjoyed success this season with a 17-5 record including an 8-0 district record. Gainesville is riding a three-game winning streak, outscoring opponents by a 62-43 margin.

The Dunnellon Tigers will visit Eastside High School to take on the Rams at 7:30. The Tigers have had a solid season with a 15-9 record. They are, however, in the midst of a two-game losing streak and will be facing an Eastside team riding a five-game winning streak. The Rams are currently 17-4 and have dominated opponents during their winning streak, outscoring by an average 58-38 margin

The Hawthorne Hornets will travel to Fort White High School to take on the Indians at 7:30. The Hornets have enjoyed success with an 18-4 record and are riding a 10-game winning streak. A big reason why the Hornets have been successful is because they have shot the ball well, shooting 45 percent from the field. The Indians have struggled with consistency and are coming off a 61-40 loss to Hawthorne.

The Williston Red Devils will travel to Dixie County High School to take on the Bears at 7:30. The Red Devils have been struggling with a 6-14 record and are coming off 55-13 thrashing at the hands of Eastside. They will be looking to get back on track against Dixie County.

The Newberry Panthers will travel to Tallahassee to take on the Leon Lions at 7:30. The Panthers are enjoying a successful 16-4 season and are riding a three-game winning streak. The Lions are having an above-average season with a 13-11 record.

The North Marion Colts will travel to Hawthorne High School to take on the Hornets at 6:30. The Colts have been struggling this season with a 7-12 record. However, they are 3-1 in district play. The Hornets, meanwhile, are 9-8 and 2-4 in district play.

The Saint Francis Catholic Wolves will travel to Eastside High School to take on the Rams at 7:30. The Wolves are below .500 (11-12) but are 4-0 in district play. They’ll be facing a big test against a very good Rams team.

The Eastside Rams will travel to The Rock School to take on the Lions at 3. The Rams are having a solid 14-8 season and are 3-0 in district play. The Lions, on the other hand, are struggling with a 7-14 record and are 0-3 in district play.