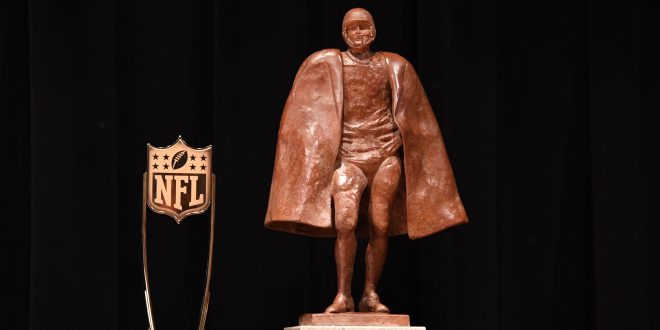 The 2017 NFL season has come to an end after a fantastic Super Bowl weekend in Minneapolis, Minnesota. The Philadelphia Eagles took the Super Bowl crown away from the New England Patriots in a thrilling 41-33 victory, in which Nick Foles won the MVP of the game. But besides the big game, plenty of awards were rewarded the night before during the NFL Honors on Saturday night. The most winners of the most important awards were:

Tom Brady closed another historic season in his impeccable career. The 40-year-old quarterback won the MVP in a season, in which his team, the Patriots, suffered from a lot of injuries. Brady had to handle this season while playing without his best associates during most of the 2017 season: Julian Edelman and Rob Gronkowski.

Even though the Patriots were shorthanded, Brady led the team once again to the best record in the AFC, during the regular season and the Super Bowl. Brady completed 66.3 percent of his passes, had a QB rate of 102.8 and made 32 touchdowns and 4,577 passing yards.

This year, Sean McVay changed the perception of what many people expect in Los Angeles once the Rams arrived to the city. The 32-year-old coach established a dynamic offense that allowed the Rams to be the top-seeded team in the NFC West (11-5).

Jared Goff was the stellar piece of the Rams offense; Goff made 28 touchdowns and 3,804 passing yards in his sophomore NFL season. That helped the team as a whole to be the 10th best offensive team in yards per game (361.5), leaders in total points scored (478) and points per game (29.9).

The versatile offensive Rams machine of McVay was as dominant individually as it was collectively. Running-back Todd Gurley ran away with the offensive player of the year this season. Gurley was among the top-1o players in the most important running statistics: first in touchdown scored (13), second in total yards (1,305), third in yards per game (87.0). All of this in just 18.6 attempts per game, which was fifth this season.

Even though the Rams were not a dominant defensive team during this season, they had something to celebrate individually in that aspect of the game. Aaron Donald was as relentless as any defensive end can be in the NFL. Donald averaged 11.0 sacks per game and made 32 tackles during the 2017 regular season.

In his first year in the league, Running-back Alvin Kamara expanded the offensive repertoire in the New Orleans Saints. Kamara was third among rookie running-backs in total yards (728), tied for second place in touchdowns scored (8), and fifth in yards per game (45.5). He added up all these numbers in 7.5 attempts per game for a total number of 120 attempts.

Like the Los Angeles Rams, the New Orleans Saints also had the chance to have two players representing them both offensively and defensively in the award ceremony. Marshon Lattimore completed 43 tackles and made five interceptions this past regular season.

Journalism student at the University of Florida. Venezuelan and future sports journalist.
@joseso2793
Previous Nick Foles: From Back Up to Super Bowl Champion
Next Randy Moss: First Ballot Hall of Famer