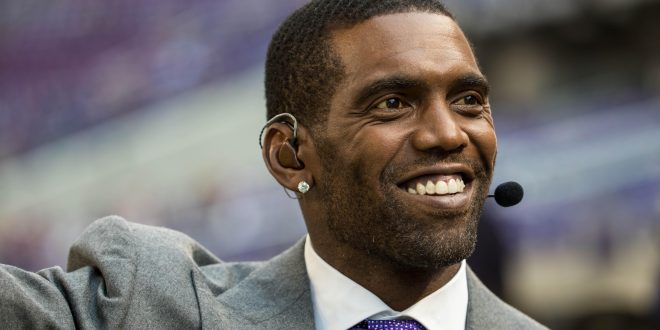 Randy Moss, one of the most talented and explosive receivers of all-time, is now a first ballot hall of famer.

Moss will be one of eight members of a star-studded 2018 class that includes fellow wide receiver Terrell Owens, and other players like Ray Lewis, Brian Dawkins, and Brian Urlacher.

A Hall of Fame Career

Moss enters as someone who was a revolutionizing talent in the late ’90s and through the ’00s.

Drafted by the Minnesota Vikings in 1998, he put up gaudy numbers immediately. In his rookie season, he racked up 1,313 receiving yards and 17 touchdowns. Because of his play, he earned both a Pro Bowl and a first-team All-Pro selection.

He lasted eight seasons with the Vikings before moving to Oakland for two seasons. From there, he was traded in 2007 to New England where he revitalized his career.

In his first season with Tom Brady and the Patriots, he set the single season record for receiving touchdowns with 23 as the Patriots went 16-0 in the regular season.

He lasted through the part of 2010 season with the Patriots before ending his career with stints with the Vikings, Titans, and 49ers.

By the time of his retirement, Moss was high up on many of the receiving leader boards. He’s second all-time in career touchdown catches with 156. He’s fourth all-time in receiving yards with 15,292, and was a five-time first-team All-Pro.

Safe to say, Moss was very emotional, as were others, to find out they were selected during the Super Bowl weekend.

Here’s how @RandyMoss reacted when he found out he was headed to Canton. (via @ProFootballHOF) pic.twitter.com/cZzpis0D75

Moss got shout outs from many athletes across social media. One particularly cool one came from Kevin Garnett, the NBA legend who played for the Minnesota Timberwolves at the same time Moss played for the Vikings.