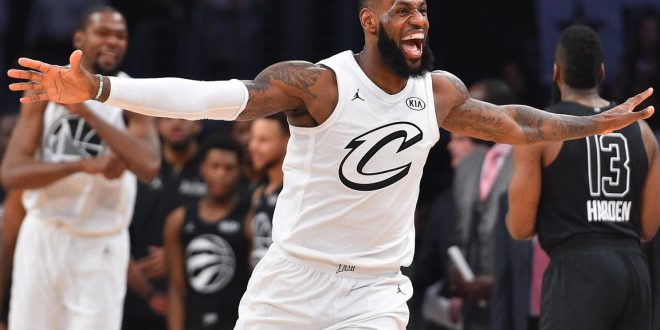 The new NBA All-Star format was a show Sunday night. This was the first NBA All-Star game played in the new format.

Unlike the previous All-Star showdowns, there was no matchup between the Eastern and Western conferences. This year two captains, LeBron James and Stephen Curry, drafted their own All-Star teams from a group of the top players in the league regardless of their conference.

“To play with guys on the east, you mix it up and get to know them on a different level now. When you play against them, the respect level rises up. ” Kevin Durant says.

What Went Down In the Game?

The BEST ACTION from the 2018 #NBAAllStar game, won by #TeamLeBron pic.twitter.com/7DGV9P9lU4

The All-Star game was a treat for NBA fans this year. Dunks on dunks and lots of defense. Both teams actually competed and put up many shots, and there were lots of defensive efforts Sunday.  In fact, in the last few seconds, Team Lebron made it impossible for the top shooter in the league, Steph Curry, to hit that game-winning three.

The game was fairly close. But with team Steph’s shooting, they were able to be up by 15 in the middle of the second quarter and led throughout the game. However, later on in the game Team LeBron woke up and rallied back from an 11 point deficit with six minutes left in the game, on a 25-11 run. With less than 2 minutes to go, LeBron added a clutch 3 to tie the game 144-144.

Then, DeMar DeRozan helped Team Steph by adding a free throw to put his team up again, but then Team LeBron led again with a layup by James himself.

DeRozan tried passing to Giannis Antetokounmpo, but it resulted in a turnover. Russell Westbrook for Team Lebron seized the opportunity and added a layup with 10.7 seconds left.

For Team LeBron, James led in points and rebounds with 29 and 10 respectively. Durant followed with 19 points. James was also reunited with former teammate Kyrie Irving. Irving led the team in assists with 9. James was also crowned as MVP of the All-Star game.

On Team Steph, DeRozan, an LA Native, showed out for his home crowd. He was tied with teammate Damian Lillard in points with 21. Karl-Anthony Towns, in his first All-Star game led in rebounds with 10. Another All-Star first timer, Joel Embiid, followed in points with 19, along with 9 rebounds.

First All Star game and it was an amazing experience!! Learned a lot and decided not to troll tonight #TheProcess pic.twitter.com/JT03oqGjNc

The new format was exciting, not only for the fans, but also for the players. Team Captain Steph Curry says, “It was a great kind of change for the fans, I think we did it the right way. Showcased our talents and put on a show, That was fun.” 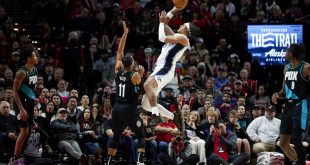