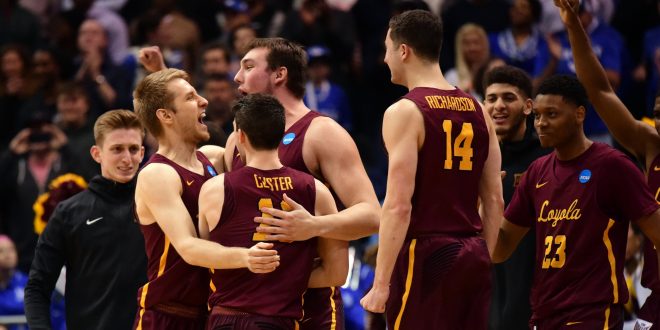 Now only one win away from the Final Four, Loyola-Chicago claimed victory as they faced the No. 7 seed Nevada Thursday night in the Sweet Sixteen. This is the first time since 1963 that this program has advanced to the Elite 8.

This success wouldn’t have been possible without Marques Townes.

Feeling pressured by his team being down by one, Clayton Custer made a pass to an open Townes who made a corner three with just six seconds left to play. Townes finished the game with a team-high 18 points on 6-for-10 shooting and five assists. Excited for the win, Marques Townes spoke on the game-winning play that advanced them to the Elite Eight.

Sitting alongside the Loyola bench and being known as one of the most encouraging and devoted followers of this basketball team, Sister Jean congratulated the players on their success post-game. Like many others who filled out brackets for this years tournament, Sister Jean counted the Ramblers out at this point in time.

Loyola-Chicago has defeated three teams with higher seeds including: No. 6 Miami, No. 3 Tennessee, and now No. 7 Nevada. This confidence they’ve been playing with has allowed the Ramblers to win against said teams with just a combined four points. If they keep up their confidence, they may be able to get passed No. 9 Kansas State tomorrow.