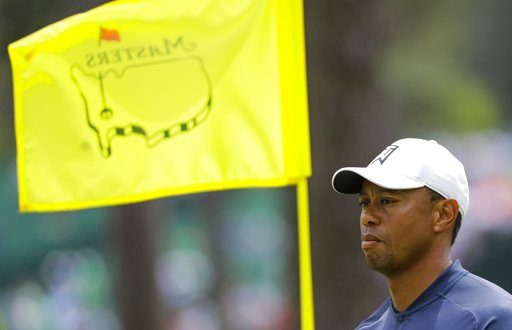 Tiger Woods walks on the sixth green during a practice round for the Masters golf tournament Wednesday, April 4, 2018, in Augusta, Ga. (AP Photo/David J. Phillip)

The Masters Tournament begins today. This 2018 tournament will be the 82nd edition of the Masters and the first of golf’s four major championships to be held in 2018. It is scheduled for April 5 to 8 at Augusta National Golf Club in Augusta, Georgia.

When Tiger Woods steps on the course, all eyes are on him.

He will step on the course once again looking for the fifth Masters’ win of his career. He has not won since 2005.

With his recent resurgence in events, many believe Woods has a chance to win for the first time in nearly a decade. Either way, this may be the most significant news story of the weekend.

Woods has placed in the top 10 in two of the five events he has competed in during the year of 2018, including a No. 2 finish at the Valspar Championship in Palm Harbor, Florida, March 11.

24-year-old Justin Thomas has come onto the scene. In his last two events, Thomas has placed either one or two. At the Honda Classic on Feb. 22 – 25, Thomas won the event in a playoff with Luke List. Thomas hit 8-under.

Rory McIlroy has also made a small resurgence in his game.

McIlroy’s short game, which was a weakness early in his career, has improved dramatically and is one of the reasons the 28-year-old is playing so well recently. McIlroy won his last event, the Arnold Palmer Invitational March 15 – 18, by hitting 18-under and having an outstanding Day 4 with 64 strokes.

Jordan Spieth is another one to watch. Spieth, who won the 2015 Masters by setting the record for the most birdies during the Masters by making 28 and became the second-youngest person to win the Masters. In 2016, Spieth fell short at the 2016 Masters.

In the final round in 2016, after leading by five strokes heading into the back-nine, Spieth suffered one of the biggest collapses in Masters history. After bogeys at the 10th and 11th holes, Spieth hit two balls into the water at the par-3 12th hole, carding a quadruple-bogey and dropping him to a tie for fourth, three shots back. He would finish second in the tournament behind Danny Willett. Spieth had another disappointing Masters in 2017 finishing 10th.

The now-24-year-old will look for more redemption in 2018. Many will be watching.

The Masters wait for no one. The group of Austin Cook, Ted Potter, Jr. and Wesley Bryan will tee off at 8:30 to begin the tournament.

Notable times for Round 1 include Tiger Woods at 10:42 a.m. Woods will be paired with Marc Leishman and Tommy Fleetwood. Thomas will follow closely behind, teeing off at 10:53 a.m.