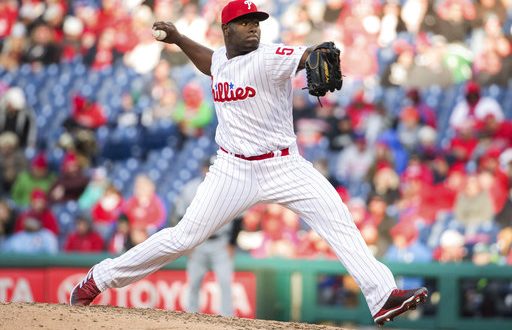 The series in New York didn’t go well for the Rays, but neither did the Marlins’ series against Boston earlier this week. Yesterday’s games were also dispiriting as the Rays fell 3-2 to the Red Sox in extra innings and Miami having it worse with a 5-0 loss to the Phillies.

In Thursday’s game against Boston, Tampa didn’t see action until top of the 8th when Matt Duffy homered to center bringing in first base man Mallex Smith. In the ninth inning, Boston’s Mookie Betts and Andrew Benintendi scored, tying the game and sending it to extra-innings.

It took until the 12th inning for Boston to score ending the game 3-2. The Rays won 6-4 in their home opener against the Red Sox, but haven’t won a match-up since then. One positive for this Tampa team is the rookie Yonny Chirinos, who made his first career start for the Rays, pitching in five scoreless innings with three hits, no walks, and striking out four.

In yesterday’s game against the Marlins, it didn’t take the Phillies long to catch and find their rhythm.

In the bottom of the first, Maikel Franco singled to left allowing Cesar Hernandez and Rhys Hoskins to go home. Two innings later, Odubel Herrera singled to center making way for the second base man, Scott Kingery, to score. In the seventh inning, Franco homered to left, bringing in Herrera. While all of this Phillies magic was happening, Miami remained scoreless making their opponents look good in their home opener.

Coming off a string of losses, Tampa is going to need more than just Duffy and Smith on the score board. They’ll look to bounce back in the remaining games of their series in Boston.

As for Miami, losing to the Red Sox and a loss like 0-5 to the Phillies is pretty rough for both the team and the fans. The youthful team has many areas of improvement to be considered for the playoffs, but they’re all holding onto hope as they wrap this weekend up in Philly.