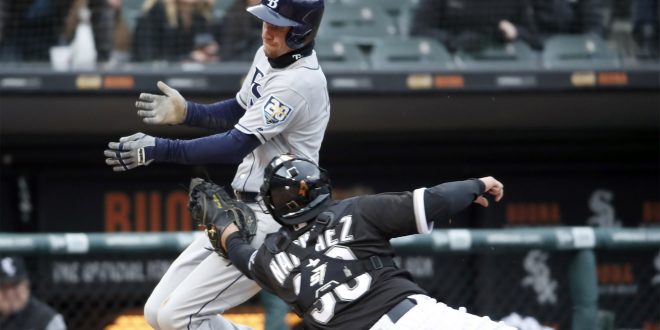 With a 21-minute snow delay on Monday and game time weather of 35 degrees, the snow wasn’t stopping the Tampa Bay Rays (2-8) and the Chicago White Sox (3-6) on Monday.

However, maybe the snow was just what the Rays needed to snap a losing streak of eight games. They beat the White Sox, 5-4, on Monday. The last game the Rays won was their opening day game against the Red Sox.

How they did it

At the top of the first, Matt Duffy singles on a ground ball allowing Carlos Gomez to score, putting the Rays on the board. However, that was score was answered by White Sox Yolmer Sanchez’s sac fly allowing Yoan Moncada to score for Chicago. Duffy and Gomez did it again at the top of the fifth when Duffy singled to send Gomez to home base.

Mallex Smith revisited his career-high with a total of four hits. He tripled at the top of the fourth which allowed Daniel Robertson to score. Smith was even able to run in a score at the top of the sixth when left fielder Denard Span singled on a line drive to White Sox right fielder Avisial Garcia.

Another feat was Joey Wendle hitting a home run at the top of the fifth. This makes Wendle’s third career home run.

One down, two more to go

The three-game series continues with the Chicago White Sox hosting the Tampa Bay Rays on Tuesday and on Wednesday. The White Sox are struggling in snowy and soggy Chicago with a 0-4 record at home. The win allowed Tampa Bay to exhale last night, but the pressure is on to win today’s game.

Tampa Bay hopes to see Smith stay hot on the plate as his performance on Monday night boosted his batting average to .350.

Tuesday’s pitching starter for Tampa Bay is Blake Snell who will try to bounce back after a disappointing game against the New York Yankees on Apr. 4. During that game, he gave up home runs to Giancarlo Stanton and Gary Sanchez, where he threw 90 pitches but only got 10 outs.

I am a fifth-year journalism major, specializing in sports and media. My favorite sport to watch and cover are college and NFL football. When I'm not doing that, I enjoy hanging out with my cat, going to concerts and traveling.
@sportsabrina
Previous Romanello Leads No. 4 Gator Softball to Series Win Over No.15 Alabama
Next Cleveland Cavaliers Win 50th Game Clenching Another Central Division Title 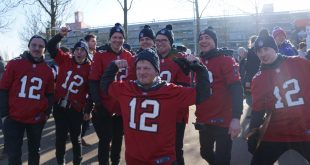