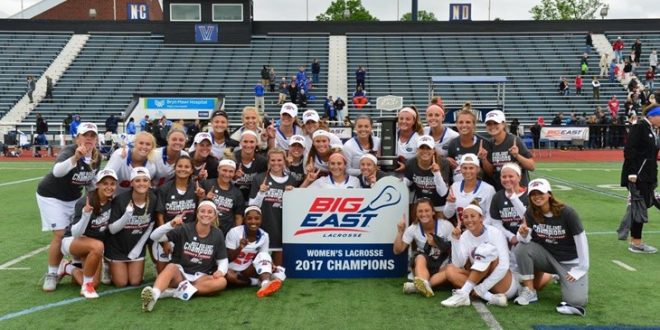 Women’s Lacrosse: The Fight for First Place in the Big East

The two undefeated teams in the Big East Conference for women’s lacrosse will bump heads in their battle to claim the first place position. The Florida Gators will host the Marquette Golden Eagles in Gainesville as part of their Orange and Blue weekend.

The No. 9 Gators are currently 10-3 overall and 5-0 in their conference. This is their fourth meeting against Marquette with Florida having a 3-0 advantage in the series.

In their last match-up, the Gators won by 14 points with seven of them coming from Lindsey Ronbeck. The Pirecca sisters are a weapon in themselves that Marquette should look out for as well. Combined, Shayna and Sydney have made 67 of the 188 goals this season. Shayna specifically is on a 33-game streak of scoring at least one goal, making history for the University of Florida.

The Golden Eagles should be wary of the Gators Haley Hicklen when trying to score. Hicklen has executed in goal for this team with 127 saves in 2018 alone and having a Florida record of at least one ground ball in the last 30 consecutive games. Her performance is partly the reason why Florida’s defense hasn’t allowed their opponents to score in double digits for the past three games.

Head coach Amanda O’Leary loves the energy Hicklen brings not only in practice but during game-time as well.

Though Marquette is not ranked nationally, that doesn’t mean they’re not a threat to this Florida program. The Golden Eagles lead the Big East in points per game averaging 22.08 points.

And don’t think this team isn’t loaded either; Grace Gabriel is the leading scorer for this Marquette team. Gabriel is ranked fifth in the nation in total goals and sixth in goals per game, while also having the Big East-best with 3.92 goals per game. With a grand performance against their last opponent Vandy, Allison Lane finished off strong giving her Player of the Game.

Where: Gainesville, FL at the Donald R. Dizney Stadium 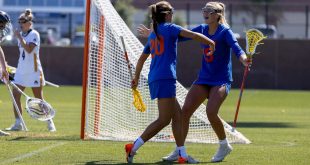 No. 10 Gators Lacrosse Remains Undefeated Against ECU in Series Sweep