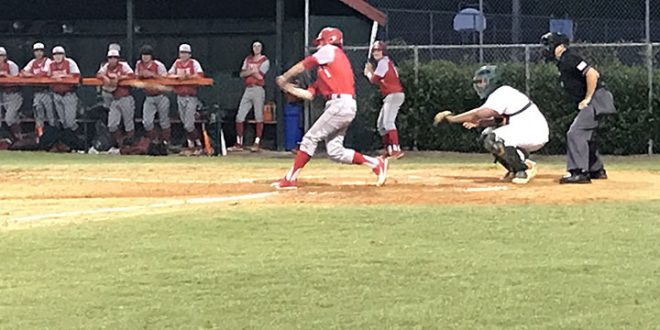 The Santa Fe Raiders baseball team moved to a game above .500 with a shellacking of the Eastside Rams, who continue to have growing pains throughout their young season.

Eastside batted .250 as a team (5/20). Freshman Peter Meyers was the team’s best player, finishing with a home run on 2/2 batting. He was the only player to have a run and at least one hit. As for Rowe, he finished his night with two strikeouts, eight walks (four being the result of hit batters), seven hits allowed and eight runs allowed. Medrano finished with one walk, two hits allowed and one run allowed.

After the game, Santa Fe head coach Mac Rendek discussed what he liked about his team’s performance.