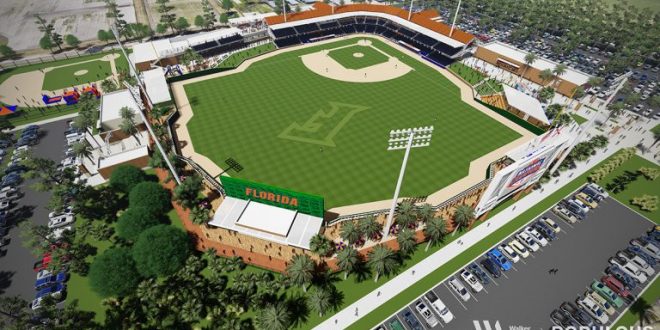 Students Weigh In on Major Changes Coming to UF Athletics

Big changes are coming to the University of Florida. Multi-million dollar changes.

In late March, the University Athletic Association announced phase two and three of their “master plan.” The announcement featured plans for a new $65 million football facility, $11 million worth of renovations to the softball stadium and a brand-new $50 million baseball stadium.

“We have an athletic department that consistently ranks in the top five and a top-10 academic institution, and our facilities should match that,” Stricklin said. “In an effort to reach that goal, it is important that we invest in our infrastructure to enhance our student-athlete and fan experience.”

"We will build the top facility for the University of Florida football program with the number one emphasis on doing what is best for the development of our players." — @CoachDanMullen

Major Changes On The Way

The brand-new football facility will be right next to the indoor practice facility that was built in 2015. The renovations for the softball stadium will enhance the fan experience with amenities such as a 360-degree open concourse and shade structures.

It will also benefit the student-athletes with locker room and sports medicine facilities enhancements.

With the football team repurposing the space that Alfred A. McKethan Stadium currently occupies, the Florida baseball team will be moving to a new location. Construction for the ballpark is set to begin in the fall of 2018 and is expected to be completed prior to the 2020 baseball season.

The new baseball stadium will be located on Hull Road, near the Donald R. Dizney Stadium on the southwest part of campus.

Good News For Everybody?

What currently occupies the 13.63 acres of land is the University of Florida Institute of Food and Agricultural Sciences.

The UAA will contribute $3 million to the college and will move activities that were held on the land to another campus location nearby, according to the athletics department’s website.

Haley Hayes, a UF agricultural student, has mixed feelings about the new ballpark taking over the land. She believes that it downplays the importance of UF agriculture to the state and to the world.

“At first I was a little bit against it, to be honest,” Hayes said. “I don’t think too many people know how important UF agriculture is to Florida and to the world and the research that is done. Overall I have mixed feelings about it.”

Other students around campus believe that sacrifice is necessary for UF to keep their top status in collegiate sports.

“I feel that it is really important for a division one school like the University of Florida to have the top-notch sports facilities,” UF student, Rachel Knauf said. “I think that’s a big deal for our school. We always expect to win national championships. If we want to stay at that caliber, then we’re going to have to sacrifice other facilities in order to maintain a top position in the NCAA.”

Even with all the announcements that will change the UF athletics in a major way, there is still more to come.

More details of the UAA’s $130 million “master plan” are still in the developmental stages and will be announced at a later date.