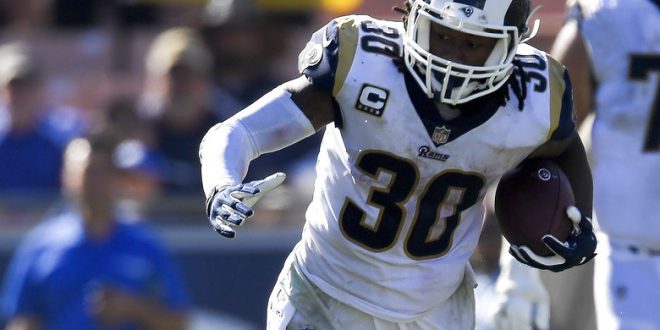 The Los Angeles Rams and Los Angeles Chargers went to battle on Sunday for the first time since both franchises moved to the same city.

Each team had two turnovers, but the Rams dominated on offense. The Rams racked up 521 yards compared to the Chargers’ 356 and doubled the number of first downs the Chargers acquired.

It was an offensive showdown that ended in the Rams topping the Chargers 35-23.

Last season when the Rams surprised the world and won the NFC West, there were obvious holes that would prevent them from having a deep run into the post-season. This year, those holes have been filled. With acquisitions of players like Ndamukong Suh and Brandin Cooks, the Rams now have depth on offense and defense.

The Rams have All-Pro players on both sides of the ball, and where some teams have weaknesses, the Rams have only strengths.

The Chargers were unable to stop the combination of star running back Todd Gurley, who ran for his usual 100+ yards, and quarterback Jared Goff‘s 354-yard day. Goff’s ability to spread the ball around caused havoc for the Chargers’ secondary.

There were 4 receivers who went over 50 yards, compared to only 1 receiver for the Chargers.

Since both franchises moved to Los Angeles, they have experienced problems with filling stadiums.

This year, the Chargers have the lowest attendance in the NFL, and they are 25,000 behind the next closest team. During their week 1 opening matchup against the Chiefs, it was visible that there were much more red shirts than blue and white.

Sunday’s game between the two LA teams served as a showcase and hoped to increase attendance in the area for both teams. However, only 74% of the stadium was filled.

The question of whether LA can support two NFL franchises will continue to be asked.

The Rams have a short week as they prepare for a Thursday night matchup against the Minnesota Vikings. This game will feature two teams with elite defenses and rosters that somewhat mirror each other.

The Vikings are recovering from a tough loss to a Buffalo team that was not expected to come close to contention this year. The Rams will look to stay undefeated, as the Tampa Bay Buccaneers are the only other undefeated NFC team.