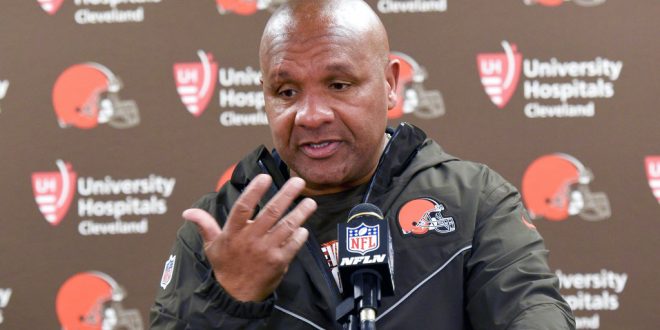 The city of Cleveland saw two head coaches fired over the weekend. The Cleveland Cavaliers fired Tyronn Lue on Sunday after a 0-6 start to the 2018 season, and the Cleveland Browns fired head coach Hue Jackson after a 3-36-1 mark in two and a half years at the helm.

Cavs Look Toward the Future

A little more than four months ago, Lue and the Cleveland Cavaliers took part in their fourth-straight NBA Finals. Now, after a very slow start to the new season, Lue will look for a new job elsewhere.

On Jan. 22, 2016, the Cavaliers named Lue head coach immediately after the mid-season firing of David Blatt.

Lue became the first coach in NBA history to win 10 postseason games and led the Cavaliers to the NBA Finals in his first year of coaching with his fast-paced offense led by star forward LeBron James. On June 19, 2016, the Cavaliers won their first ever NBA Championship. Lue became the third coach to become champion as a mid-season replacement.

Lue helped lead his team to two more NBA finals appearances in the next two years, losing both times to the Golden State Warriors. In the summer of 2018, the Cavs saw the departure of James to the Los Angeles Lakers. Even with the loss, Lue insisted that the team could still make the playoffs. But the team began their season on a six-game losing streak and Lue was subsequently fired.

The Cavs named Larry Drew the interim head coach soon after. However, Drew stated almost immediately that he is not willing to become an interim coach without assurances of the head coaching position after the season.

Larry Drew is willing to bridge the immediate coaching transition with Cavaliers, but so far is reluctant to commit to rest of season without an agreement of some kind that extends beyond 2018-19, league sources tell ESPN. Those talks are ongoing with Cleveland.

Drew has had short stints as a head coach with the Atlanta Hawks and Milwaukee Bucks before joining the Cavs as an assistant in 2014.

Jackson Out with the Browns

The firing of Jackson, as well as offensive coordinator Todd Haley, became the second big change in Cleveland sports in two days. Jackson was fired on Monday after a 33-18 loss to the Pittsburgh Steelers marked the team’s fifth loss of the year.

The Cleveland Browns hired Jackson on Jan. 13, 2016, just nine days before the hiring of Lue by the Cavs. But, unlike Lue, Jackson’s tenure did not begin with confetti.

The Browns won just one game in his first season, and he became the first NFL coach since Rod Marinelli in 2008 to start a season 0–14 before his first victory over the San Diego Chargers. The Browns finished the season with a 1–15 record, last in the NFL.

In the 2017 season, however, things got even worse. Jackson’s-led Browns became the second team in league history to finish with a 0–16 record. Despite pleas from the fans to fire Jackson, the Browns’ front office remained confident in an eventual turnaround.

The loss to the Steelers last Sunday signified the last straw on the proverbial camel’s back. Jackson finished his tenure with the Browns with a 3-36-1 record, including a 2-5-1 start to the 2018 season.