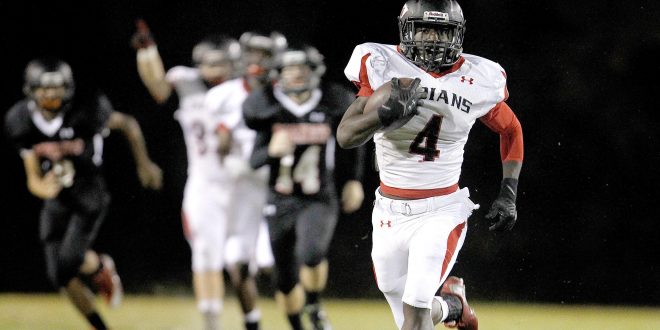 Crusaders Need to Bounce Back At 5-5 for the regular season, the Pensacola Catholic Crusaders have had their fair share of hardships this season.

With early losses to powerhouse teams like Navarre and Gulf Breeze, they have had to build on their successes within those losses to come back and attain five wins this season.

The Crusaders are led by junior running back Jakobi Jackson, who has 938 total rushing yards this season, averaging 8.6 yards per carry.

Fort White head coach Demetric Jackson knows that despite their record, the Crusaders still pose a challenge to his men. At 8-2 for the regular season, the Fort White Indians have not let much get by them this season.

With two early losses in their season to Suwannee (35-19) and Bradford (21-14) , they have excelled with six straight wins leading up to their first playoff game.

Jackson is very pleased with how his men have been doing, and expects them to continue to perform at the level that has gotten them to this point and ranking in the district.

The team is lead by senior QB Dylan Blair. Blair has gone 117-230 for a total of 1649 yards this season, including 20 TD passes. The Indians will also be putting senior RB Stanley Maxwell to work. Maxwell has 1197 total rushing yards, averaging 7.4 yards per carry.

This duo will be hard to shake up but they still need to work well together with their team to secure their spot in the Class 3A semifinal.

The Fort White Indians will host the Pensacola Catholic Crusaders at 7:30 p.m. on Nov. 9 for the Class 3A Regional quarterfinal.