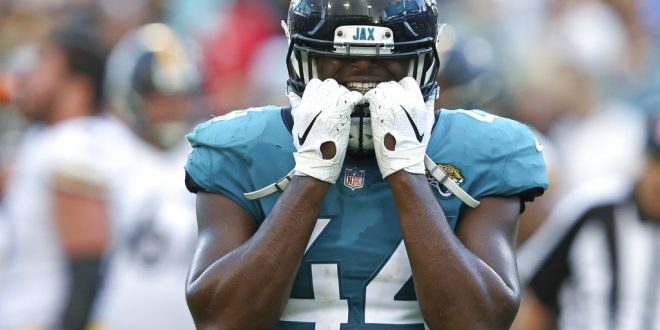 Jacksonville Jaguars: Trying to come back from a lost season

It seemed as if the Jaguars were finally about to have their moment in the sun after the 2017 season. The Jags finished their regular season at 10-6 and first in the AFC South. They were even just a single game away from a Super Bowl appearance last year. After a 3-1 start to the 2018 season and a huge win over the Patriots in Week 2, it seemed as if the 2018 season was trending in the Jaguars favor. However, as we approach Week 12 now, things have begun to spiral in Jacksonville. The Jags now currently sit at 3-7.

With each Jaguar loss, their hopes at the playoffs were becoming lost as well. Going into Week 11 at 3-6, the Jaguars had the Pittsburgh Steelers; a team they beat in the Division Playoffs just last year. If the Jaguars wanted to keep their playoff dreams alive and bounce back from their then five-game losing skid, they needed to best the Steelers and finally turn things at home in Jacksonville.

The Jags were leading nearly the entire game. They were even up 16-0 at one point. With less than three minutes left in the fourth quarter, the Jags lost all of their momentum and allowed the Steelers to quite literally steal a win from them. The Steelers would go one to win the game by a score of 20-16.

As the Jags now sit at 3-7 after their loss to Pittsburgh, it is rather unlikely that they’ll make an appearance in this years playoffs. No team with that record as ever gone on to be awarded a playoff berth. It’s likely that at this point, the Jags are just playing to salvage their season and maybe finish at .500.

This week Jacksonville will be facing the Buffalo Bills– a team who also sits at 3-7 and (tied for) last in their division. The Jaguars won their wildcard playoff game against the Bills last year and are hoping to do so again; this time just to gain some momentum and dig themselves out of their 3-7 hole. The Jags will play Sunday at 1 P.M. ET in Buffalo. The high is expected to be just 45 degrees in Buffalo on Sunday, so the Jags will be fighting the cold, as well as a freezing cold Bills team.