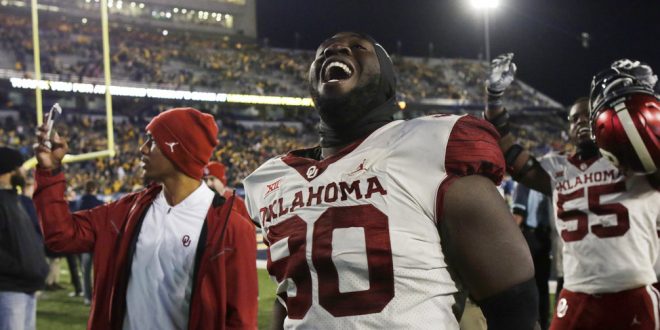 Oklahoma will finish their regular season 11-1 and first in the Big 12 conference. Their only loss? To the University of Texas who they will face in the Big 12 Championship on Saturday, Dec. 1.

The last time these two teams met twice in one season was in 1903.

Staying in the Playoff Race

When Oklahoma and Texas first met this season on Oct. 6, the Longhorns beat the Sooners 48-45. The Longhorns pulled out a last-second field goal after blowing a 21-point fourth-quarter lead.

With the Sooners trying to stay in the race for the playoffs, a second loss to Longhorns would eliminate them.

"We're trying to go out and win a championship. That's what we do at Oklahoma."@Kmurrayy_9 is focused on #ChampionshipDecember pic.twitter.com/YB1BEew7DR

If the Sooners Win the Big 12

If the Sooners can avenge their only loss this season, they will have a clear pathway to the College Football Playoffs, and win the debate over Ohio State getting the last spot in the CFP.

With the rivalry and talent of these two teams, Saturday’s game will be more than a treat for college football fans.

Head coach Lincoln Riley says their plan is to win, and the Sooners will be in good shape.