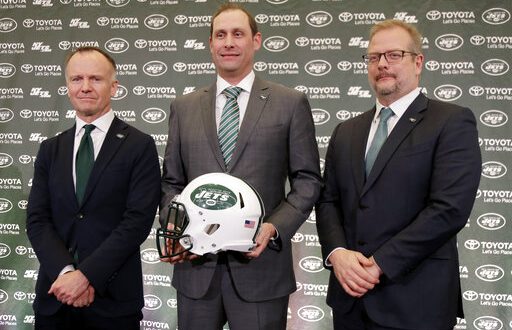 A Change for the Jets: New HC Adam Gase

Amidst all the coaching vacancies and changes occurring in the NFL, the Jets are the latest team to announce their new leadership. Former Miami Dolphins head coach Adam Gase is the new head coach for the New York Jets.

The Jets have not had the best run lately. With at least eleven losses in each of their past three seasons, it was definitely time for a change in their program. After the release of their former coach Todd Bowles, the search for a new coach has ended with the hiring of Adam Gase.

Gase has an interesting background in football. He is one of the only NFL head coaches to not have any experience playing at the college or professional level. That means his athletic career ended in high school. He worked as a part of the football staff at Michigan State under Nick Saban and was the only staff member Saban took with him when he left for LSU.

Furthermore, it’s important to note that while he was head coach of the Dolphins, they didn’t have the best records either. Their past two seasons have had at least nine losses with no playoff appearances. The AFC East is a hard conference to play in with the Patriots leading the pack. However, hopefully a coaching change for the Jets can turn their next season around.

Despite his history, Gase has worked with some notable players like Peyton Manning, Jay Cutler and Ryan Tannehill. The Jets hope that this new addition to the coaching staff will turn a new page and bring them back to the top of the AFC East.

3rd-year Telecommunications student at the University of Florida. Also a member of the Women's Track and Field team.
Previous Former Gator Kerwin Bell Talks New Job As Offensive Coordinator at USF
Next Florida Baseball Ranks No. 6 In Preseason Poll