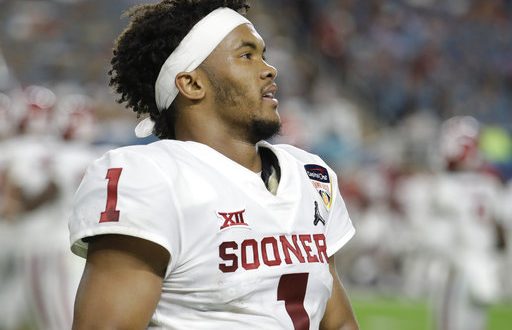 Kyler Murray has made his decision: after months of speculation, the Oklahoma student-athlete has made a choice between baseball and football.

Murray announced on Twitter Monday that he will be fully committing his time to pursue a career as an NFL quarterback. The 2018 Heisman Trophy winner posted this tweet:

The tweet does not bring any mention to his possible career in baseball or to the Oakland Athletics. His announcement comes just four days before he was scheduled to report to MLB Spring Training.

What Happens to the Money?

Murray signed a minor league contract with the Oakland Athletics last summer. The ninth-overall MLB draft pick agreed to a contract that featured a $4.66 million signing bonus. Since Murray will be forgoing his opportunity with the Athletics, he will forfeit $3.16 million and must return $1.29 million of the $1.5 million he received last year by March 1st.

Oakland will not receive a compensatory draft pick. However, the Athletics do retain the rights to Murray, should he choose to change his mind and reverse his decision.

With the NFL Draft just two months away, Murray’s tweet shares that he is preparing through an extensive training program. Murray poses dual-threat capabilities. He earned a 95.8 QBR as a Sooner, the highest since ESPN started tracking this statistic. In his junior season, Murray posted these stats:

Born and raised at the ballpark! Typically quiet- until it comes to sports. I'm a South Florida native with a passion for baseball nearly as strong as my faith. Grew up in garnet + gold, turned out sporting orange + blue. Likely to be found with a camera. And yes, I take food pictures.
@victoriarossman
Previous Baseball is Back: MLB Spring Training Opens this Week
Next William Byron wins Daytona 500 Pole