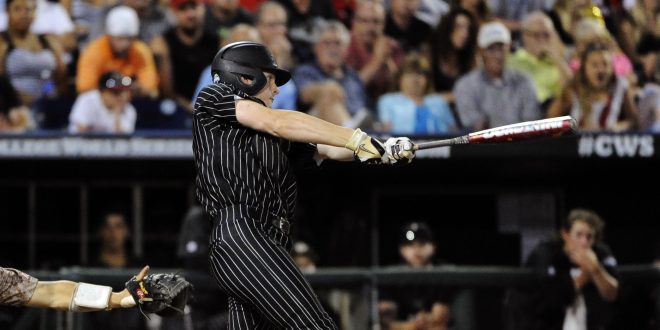 The Vanderbilt Commodores are the preseason favorites to win the SEC baseball title. Vandy received six first-place votes and 87 overall.

LSU was picked second with five first-place while the Florida Gators finished in third with two first-place votes.

Vanderbilt, LSU, and Florida also comprise to be the top three teams in the USA Today Preseason rankings. LSU is the preseason number one, while Vanderbilt is second and Florida is picked third.

Along with Vandy, LSU, and Florida, the SEC has five other teams making the top-25 rankings. Ole Miss is ranked 10th, Arkansas is 12th, Georgia is 13th, Mississippi State is 15th and Auburn is 20th.

The SEC is one of, if not the most, competitive conferences in college baseball. The SEC has put a team in the College World Series final in 10 of the last 11 tournaments, winning five of those titles.

Let’s take a look at what the top teams in the SEC are bringing to the diamond in 2019 that have them ranked so high.

The ‘Dores return probably the most seasoned group of players of any team in the league. Vanderbilt returns eight of its nine starters from a season ago.

That includes electric outfielder J.J. Bleday. Bleday missed 22 games in 2018 with an oblique injury, but, despite that, posted impressive numbers. He led the Commodores in batting average, hitting .368, and OBP at .494. He ended last season with a 28-game on base streak.

Vandy also returns a lethal 1-2 combo on the mound. Patrick Raby and Drake Fellows will be two of the weekend starters for Vanderbilt, combining for a 3.74 ERA in 2018. It’ll be tough for teams to generate offense against these two.

While 2018 may not have been a season that lived up to Tigers fans standards, they were bounced in the regional in the Corvallis region by eventual champion Oregon State, this years team returns a lot of that talent.

Sophomore outfielder Daniel Cabrera returns after an impressive freshman season in which he hit .315 and drove in 54 runs. He’ll be joined by senior Austin Duplantis who decided to return for his senior season. In his three seasons as a Tiger, Duplantis has hit .324 and stolen 54 bases.

The Tiger pitching staff will be tough to handle as well. Zach Hess will be back after a 2018 season that saw him strike out 107 batters in 16 starts. He’ll be joined by highly-touted freshman Landon Marceaux.

Of the three teams being discussed, the Gators have lost the most talent. Florida has to replace five starters in the field and two of its weekend starters on the mound. This may make it tough for Florida, who will be looking to reach the CWS for the fifth straight season, which would tie an NCAA record.

The Gators will have back Wil Dalton and Austin Langworthy in the outfield. Dalton led the team in RBI’s in 2018 with 60 and was a force in the middle of the lineup. Langworthy came on strong toward the end of 2018, hitting a walk-off home run in the Super-Regional against Auburn.

To add to that, there will be some experience on the mound as well. Tyler Dyson, Jack Leftwich, and Tommy Mace will be the weekend trio for the Gators. The three combined for 29 starts in 2018 with both Leftwich and Mace seeing significant action in postseason play.

Previous Red Sox Spring Training: What’s Different about the World Champs?
Next No. 1 Volunteers Burning Up the SEC