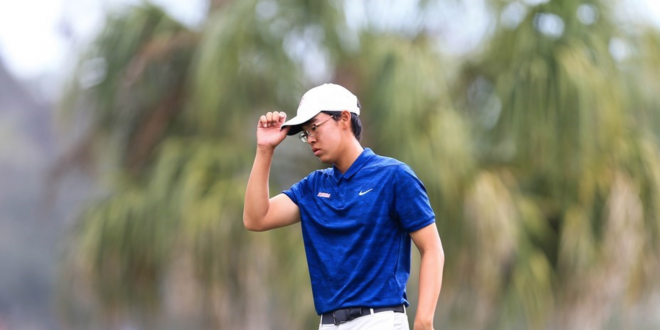 Florida men’s golf comes up short at home against Vanderbilt

An intense SEC men’s golf rivalry renewed itself when No. 3 Vanderbilt took the title at the Florida Gators Invitational for the second consecutive year on Sunday afternoon.

For a brief moment, victory was nearly in sight for Florida after they had finished a tournament-best four-under for the day. Vanderbilt slipped up late on the back nine. Vanderbilt’s Harrison Ott triple bogeyed the 15th in the final round.

Vanderbilt gave up the solo lead, and Florida was tied for first at even par.

Where Florida Went Right and Wrong

Florida earned an early solo lead midway through the first round. However, the back nine at Mark Bostick presented some issues and would become Florida’s worst enemy in the tournament.

The second round was a mixed bag, especially for Neale. He registered a triple bogey on the eighth hole but carded an eagle on the 17th. Despite bogey trouble on the front nine, sophomore John Axelsen led the team in birdies in the round, totaling up to six. Florida would close Saturday out tied for fourth with West Virginia and North Florida, seven strokes off of Vanderbilt’s lead.

The final round stretch on the front nine became a birdie party. Every player in Florida’s team lineup carded a birdie. Axelsen came out on top with a bogey-free front nine and four birdies.

Early in the back nine, it seemed like Florida had anchored a steady lead. But further in, Florida fell one stroke short of Vanderbilt’s lead. Three Eugene Hong birdies kept Florida in the mix, but six bogeys from Neale, three from Girona, and a double bogey and bogey from Axelsen was too much of a detriment to hold off Vanderbilt.

When Florida head coach J.C. Deacon watched Vanderbilt complete their round, his hope, of course, was to claim the title, especially for his younger core.

“It was tough because I wanted our young guys to feel what it feels like to win,” Deacon said. “I want them to feel the great parts of winning.”

Florida led the 16-team field in birdies, carding 48 total for the entire team. Five Gators, mainly the younger core, finished inside the top-25, with Axelsen tying for fourth, freshman Aden Ye tied for 10th, Hong tied for 12th and Girona and sophomore Ryan Celano tied for 18th. Both Ye and Celano competed individually.

Such standout performances make sense; Deacon noted that the rivalry against Vanderbilt “brings the best out in us.”

“They’ve always been hard to beat,” Deacon said. “We know we’re gonna have to have our absolute best to beat them.”

Florida will travel to Las Vegas, Nevada to compete in the Southern Highlands Invitational from March 3-5. 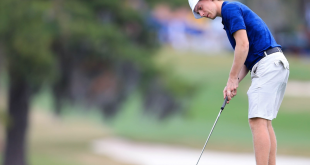