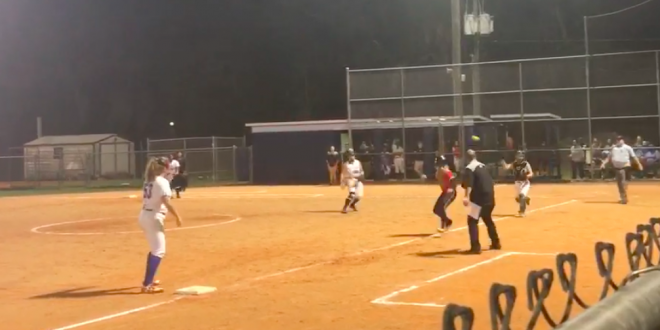 The PK Yonge Softball team played against Fort White, defeating them 8-5 in a close game.

The Indians were trying to strategically catch up to the Blue Wave in the fifth inning by being aggressive on the base pads. Catcher Shelby Sparkman was able to spot these attempts quickly and was able to stop them.

Another player that stood out was senior baseman Megan Hutchinson who was able to hit a double in the bottom of the fifth inning.

That’s a double for PK Yonge’s Megan Hutchinson! The Blue Wave girls are up by 3 at the end of the bottom of the 6th inning against the Fort White Indians. Current score is 8-5 @ESPNGainesville pic.twitter.com/tYbxjdGsge

Both teams kept scoring back forth and it wasn’t until the bottom of the sixth inning when the Blue Wave were able to get a 3 run lead. Raven Burnham took advantage of a few errors by the Indians as she was able to safely go to first base after the outfielder dropped the ball. She was then able to make it all the way to home scoring another run for her team after the Indians dropped the ball once again.

Camila is a senior at the University of Florida, who served as a beat writer for the women's basketball team from 2019 until the 2021 season. She was also a beat writer for the Gators football team during the 2020 season. Camila is also WUFT's news director as well as a sports reporter/anchor.
@CamilaMaffuz
Previous Gainesville Wins Season Opener Behind No-Hitter
Next Gator Baseball Recap: Florida’s first loss of 2019 comes at the hands of USF 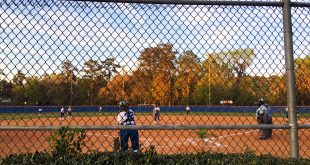 PK Yonge Softball off to Rough Start for 2021 Season