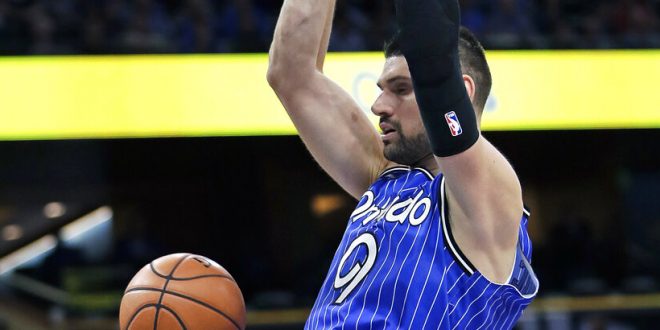 Two different tales have unfolded in the NBA regular season and we’re just days away from its climax. The sixth, seventh and eighth seeds are still up for grabs in the East, while all 8 playoff spots have been secured in the West.

Teams in the Eastern conference have not oozed as much quality as teams in the West have this season. Nevertheless, more eyes will be set on the Eastern Conference during the next five days as the Pistons, Nets, Magic, and Heat look to skirmish for the final three playoff spots.

The Detroit Pistons are seeking its second playoff spot in the last decade.

Chances favor Dwane Casey’s men despite losing the last two games and having his star player, Blake Griffin sitting on the sidelines due to a minor knee injury. Griffin remains questionable for Friday’s game against Oklahoma City.

No definitive word on Blake Griffin’s status for tonight. Went through shootaround, did individual drills, spent a lot of time talking to trainers. It’s TBD based on how he feels after that activity and prior to tip-off.

On the bright side, Detroit has the easiest remaining schedule of the 4 teams battling for a playoff spot. The Pistons will face the Thunder, Hornets, Grizzlies, and Knicks to conclude their season.

In addition to Detroit’s schedule, the team has the tiebreaker over both Florida teams.

Like the Pistons, the Nets are heading into the final stretch of the season with a 2-game losing streak. Unlike the Pistons, Brooklyn only has three games left to secure a postseason spot.

Brooklyn will play Milwaukee and Indiana away from home to then face the Heat in what could be an all-or-nothing game.

D’Angelo Russel is the man who can extend the Nets’ season. He’s averaging 21 points-per-game and 7 assists-per-game this season.

The Orlando Magic has proven the media wrong this season. A team that no one thought would battle for a playoff spot has found itself in the race. This could be their first time in the postseason since 2012.

Like the Nets, the Magic has 3 games left on their schedule. The Magic will play against Hawks at home next and finish with two away games at Boston and Charlotte.

Based on their schedule, not only can the Magic clinch a spot for the next round, but also have the chance to move up the standings and avoid the Bucks in the first round.

A win against the Hawks can solidify Orlando’s spot on the next round.

The Miami Heat sits 9th on the stands, but with a game in hand the can creep up and secure a playoff spot.

The Heat have a must-win game lined up against the Timberwolves after back-to-back losses against the Celtics.

The big talk at this moment is Dwayne Wade’s retirement. People seem to be more focused on the Heat’s legend exit rather than a possible appearance in the next round.

"What you trying to do to me right now?"@DwyaneWade tells @Rachel__Nichols what he expects to feel when he leaves the Miami Heat court for the last time. pic.twitter.com/78jNZTKhF1

Depending on results, the Heat might end the season for an all-or-nothing finale against the Nets.

Dissimilar to the East, we already know the eight teams that will fight for the Western Conference title. The question is, what are the seeds going to look like on April 10th.

The Spurs and the Thunder sit at the bottom of the playoff spots. With a game in hand, the Thunder are looking to surpass the Clippers and keep their distance from the Spurs.

The Utah Jazz will look to win its next two games against the Kings and Lakers before playing the powerful Nuggets and Clippers. The Jazz will surely be complacent with a fifth or fourth seed finish to better their hopes to go further in the tournament.

The Trail Blazers’ next two games, both against the Nuggets, will determine the order of the top-4 spots.

Figuring out a plan to make it big in the soccer scene in the U.S. or anywhere else in the world. For now, I'm having a blast writing for ESPN Gainesville and learning a lot from managers and students around the workplace. I'm covering the TV beat for Gators Soccer. What a team! Follow me on twitter: @J_AguerrevereUF
@@J_AguerrevereUF
Previous Gators women’s golfers advance to Augusta National in historic tournament
Next Who will win MVP? Top 8 NBA Players in the MVP Conversation