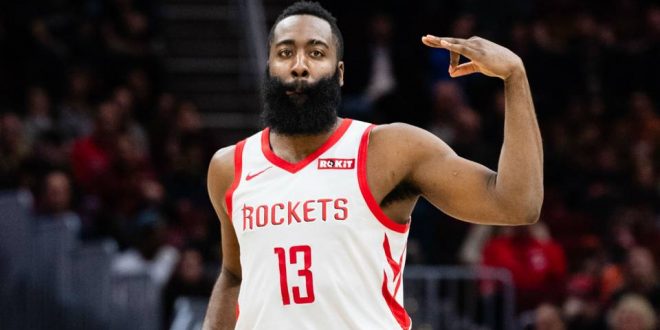 Who will win MVP? Top 8 NBA Players in the MVP Conversation

With the NBA Playoffs less than a month away and players seemingly breaking different records every day, basketball and sports fans alike debate the burning question: Who will win the 2018-2019 Most Valuable Player Award?

The NBA has evolved into a shooting league. In order to be a top player, you have to score at the highest level possible. This breaks down how effective each player is on offense by analyzing their points, assists, true shooting percentage and by using ESPN’s offensive real plus-minus.

It can be argued that being better on the defensive side of the ball is more valuable than offense. Good players can score, but great players can do both. Using rebounds, blocks, steals and ESPN’s defensive real plus-minus, we’ll see who’s been most dominant this season on defense.

Being a dominant NBA player combines playing well on both sides of the floor while also being efficient. This will look at player’s overall NET ratings, ESPN’s Overall Rating, PER and effective field goal percentage (eFG%)*.

*NETRTG: The team’s point differential per 100 possessions (offensive rating – defensive rating) while the player is on the court.

*PER: Player Efficiency Rating is the overall rating of a player’s per-minute statistical production. The league average is 15.00 every season.

What separates the great players from the best players. Any player can have a career-high season where they shatter their own statistical records. The best players on the planet do that and carry their teams to wins in the record column. This will breakdown each player’s real plus-minus, win share and use NBA’s Player Impact Estimate (PIE) to see just how impactful players are each game.

*PIE: Measures a player’s overall statistical contribution against the total statistics in games they play in 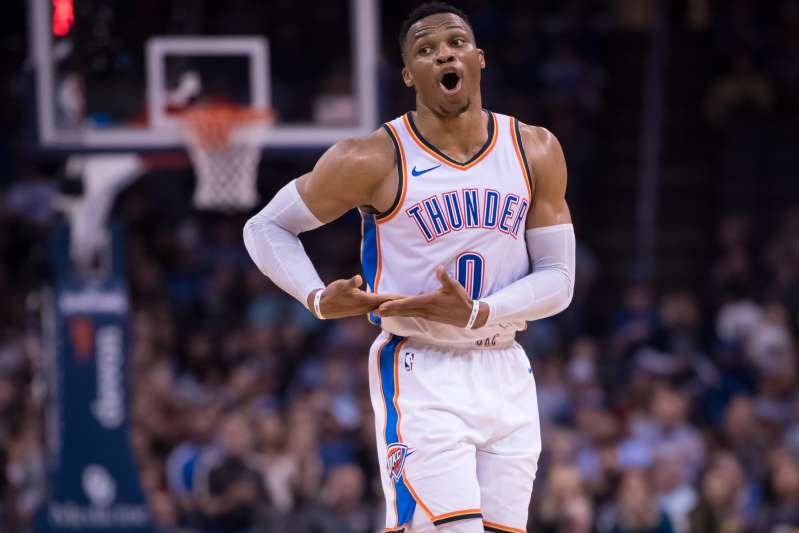 This season, Westbrook has continued to achieve ridiculous numbers averaging 23 points, 10.4 assists and 11 rebounds per contest yet finds himself on the latter half of the efficiency spectrum. He holds the worst WIN share rating and player efficiency rating (PER) out of the eight players, along with sporting the worst real plus-minus (RPM) by a large margin.

History once again rides on Westbrook’s side, but he remains on the outside of the 2018-2019 MVP race. 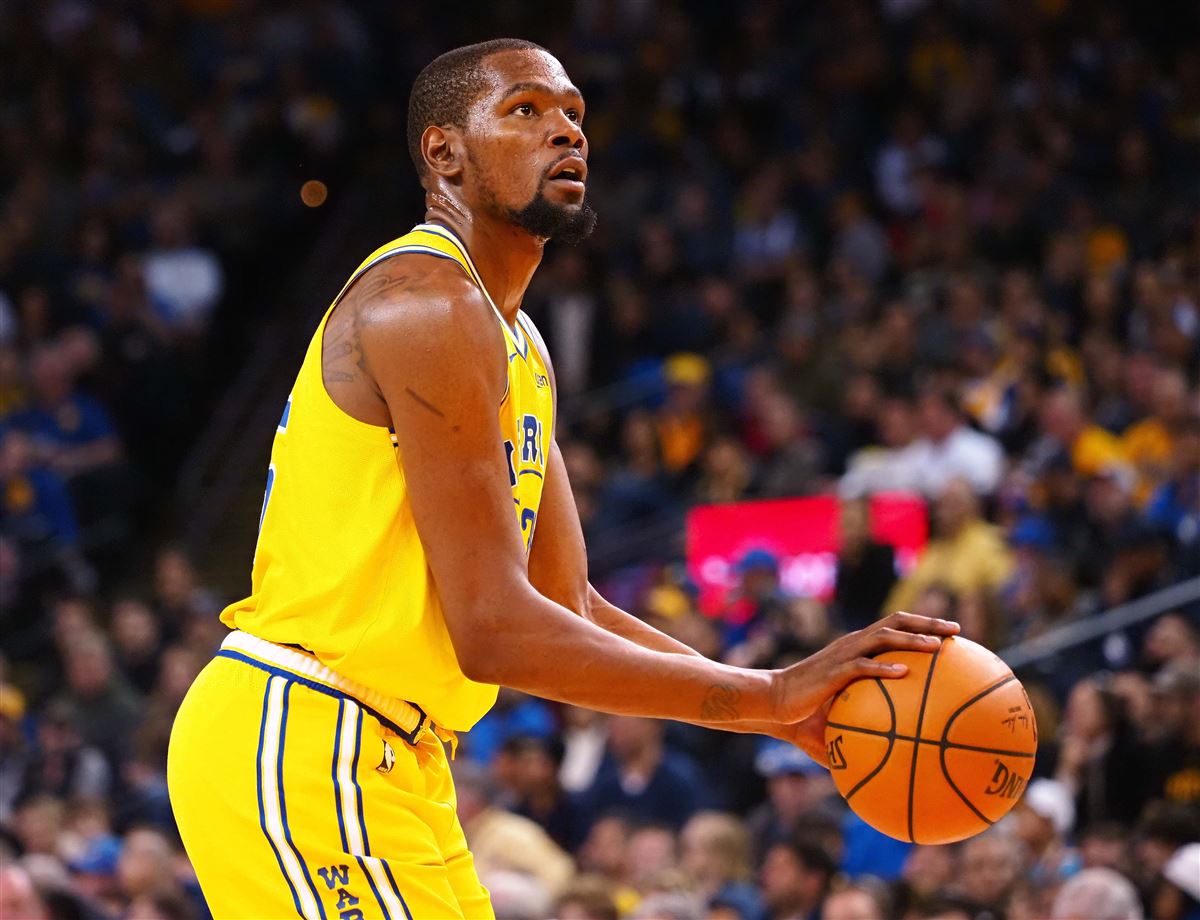 Durant has always been one of the premier scorers in the NBA. It doesn’t come by surprise that he finishes 4th in offensive effectiveness averaging 26.8 PPG to go with his 62.5 percent true shooting percentage. Though listed at six-foot, nine-inches, his tall, lanky frame feels much taller allowing him to shoot over any opponent he desires with ease.

The two-time reigning Finals MVP notches the sixth best NET Rating in the league showcasing his ability to play both sides of the floor, however, his real plus-minus (RPM) stands at eighth-best in the league, and fifth among players ranked in this top eight. Playing with four other All-Stars is no easy task and the numbers show Durant’s impact on his team right now isn’t crucial.

Therefore, Durant won’t be deeming his mother ‘the real MVP’ this year falling at seven on the list. Yet another reigning MVP-winner, Curry has continued to do what he does best this season. Curry averages 27.9 points per game along with sporting one of the best true shooting percentages in the league at 63.9 percent. He also sits at third best in the league with a 5.55 offensive real plus-minus.

However, Curry’s six-foot-three frame has proven to be a liability on defense leading to below-average numbers and a 0.19 defensive real plus-minus. Because of Curry’s deficiencies on the defensive side of the floor, he posts the worst Player Impact Estimate (PIE) out of the eight players on this list with a 15.1 rating.

Curry finds himself sixth on this list and won’t be hoisting his third MVP because he hasn’t flashed enough to stand out from other higher-performing players this season. Though James is considered by many as one of the greatest of all time, this season hasn’t been one of his historic performances. Averaging 27.4 PPG, marking the seventh highest total of his career, and standing at fifth among small forwards in ESPN’s Defensive RPM with 1.68, James has tried his best to push the Lakers into the playoff picture.

Despite his effort, the Lakers are mathematically eliminated from playoff contention and will have no shot at continuing James’ streak of eight consecutive Finals’ appearances. The Lakers woes can’t all be pointed towards James, though, who was forced to miss time due to a groin injury. In the 24 games James missed this season, the Lakers managed to win just six games.

Therefore, James has played exactly how we expect a 3-time MVP and 15-time All-Star to play. He just hasn’t had the help he needs to hit that next level that he’s capable of, resulting in James ranked fifth. In Embiid’s second full season in the NBA this year, he’s taken an impressive step forward. He averages 27.5 points per game, an improvement of almost five points from last season, and is averaging almost three more rebounds per game than the year before. His defensive ability allows him to block 1.9 shots per game, while he holds a 2.22 defensive real plus-minus rating—which is third-best among the eight players on this list. He also holds one of the higher Player Efficiency Rating (PER) in the NBA with a 26.17, seventh-best in the league.

Despite his overall dominance on both sides of the floor, his offensive game doesn’t compare with some of the other premier players in the NBA. His 2.31 offensive real plus-minus stands as the worst among these top eight players and 31st overall in the NBA.

Because of this, the 25-year-old finds himself at fourth on the MVP list with the potential to be much higher in years to come. George surprised many when he snubbed the beaches of L.A to ink a long-term deal to stay in Oklahoma aside Russell Westbrook. The decision seems to be paying off so far this season, with George not missing a beat on either side of the ball averaging 28.2 PPG, second best in the NBA behind Harden, and leading all small forwards who have played more than 35 games this season with a 2.70 defensive real plus-minus (DRPM).

George has also been essential for his team’s success, dominating ESPN’s WIN share metric with 17.72 and accounting for almost four more wins than the third best player. Despite this, George’s player efficiency rating (PER) ranks 17th in the NBA and he’s struggled since the All-Star break. George has managed to shoot just 40 percent since Feb. 22, along with totaling -1.4 plus-minus en route to a 7-13 record for the Thunder.

Therefore, despite his hot start, George’s play since the break separated him from the top-tier conversation and puts him at three on the list. It seemed like Harden couldn’t top his reigning MVP performance last year where he averaged 30.4 PPG and 8.8 APG, but he managed to destroy it. Averaging an absurd 36.4 PPG and holding a 7.24 ORPM, which is higher than the second best by almost two points, Harden has been a menace on offense this season.

Led by his historic streak where he scored 30 points in 32 consecutive games trailing only Wilt Chamberlain, Harden holds the highest ESPN net rating and trails just George in WIN shares. What makes Harden a hot choice right now, though, is how dominant his team has been of late. Sporting a 16-4 record since the All-Star break, Harden and the Rockets seem to be streaking at the right time.

However, Harden’s defensive skills have proven a liability sitting at -0.21 defensive real plus-minus, the only player with a negative DRPM out of the eight. A true MVP can dominate both sides of the floor, and Harden is a master on just one. Therefore, his chance of repeating as MVP is possible but not likely. Antetokounmpo has been one of the main storylines of the NBA season thus far. Leading the Bucks to an NBA-best 57-20 record while averaging a career-high in every major statistical category is true leadership and efficiency.

He holds a league-best 21.6 Player Impact Estimate (PIE) and is in first place in Player Efficiency Rating (PER) with a 30.69. He’s dominated the NBA on every spectrum, leading many fans to call him the MVP front-runner. Though he hasn’t been as dominant as others on the offensive side of the ball holding a 3.39 offensive real plus-minus rating, which ranked sixth out of the eight players on this list, Antetokounmpo has proven to be the best player on the best team.

He’s willed the Bucks to victory on several occasions holding the third-best WIN share in the NBA while doing it at an efficient rate as well. He has one of the highest effective field goal percentages in the NBA shooting 60 percent from the field, while hoisting the best NET rating in the NBA at 12.7.

The Greek Freak was considered a dark horse candidate for MVP at the beginning of the season, yet it seems he’s taken his place as favorite and will hoist the 2018-2019 Most Valuable Player trophy at the conclusion of the season.