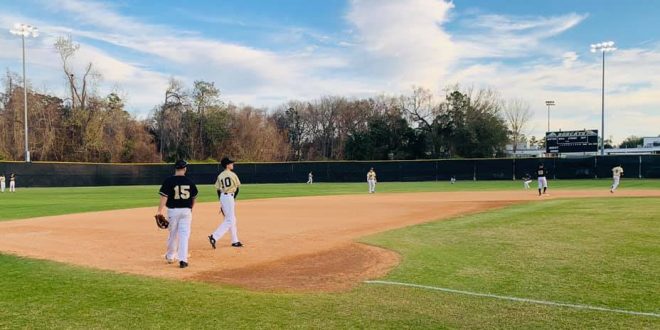 This Tuesday and Friday the Buchholz Bobcats baseball team has a match up against the Ocoee Knights. Tuesday the two teams are set to face off at 6 pm at Buchholz and Friday they will meet at 4:30 at Ocoee High School.

Chad Hall’s Knights are seeking to break their three game losing streak. Throughout the past 10 days the team suffered two losses to East Ridge and one to Lake Minneola.

Currently Buchholz is sitting at 9-6 overall. They’re in second place in the 8A District 3 standings behind undefeated East Ridge.

Buchholz finished the 2018 season 21-8 overall, while Ocoee finished 14-12. Last season the Bobcats and Knights met twice and Buchholz walked away with a win in both games.

Looking ahead, Ocoee has two match ups against Orlando opponents next week. One against University High School and one against Boone High School. On the other hand, Buchholz will meet Forest High School for two games.

Maddie Schmidt's goal is to become a college football reporter. Be sure to check out her sports blog, mygamedaygal.com.
@@maddieschmidt15
Previous Gainesville Falls To Lincoln In Boy’s Lacrosse Despite Late Rally
Next Delance and Gouraige Prepare for Spring game While Battling It out for the O-Line Position