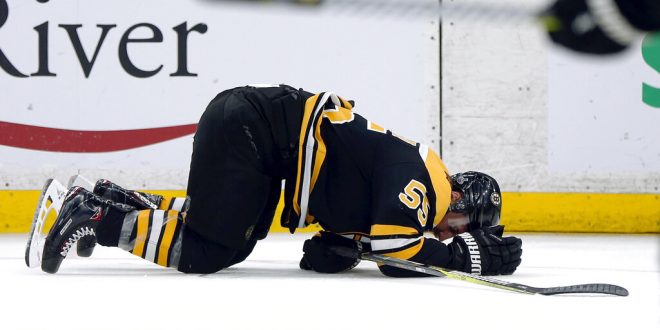 The Stanley Cup Finals are slowly coming to a close. With one, maybe two games left in the series and both St. Louis and Boston are seeking wins. After the Blues controversial win last night in Game 5 at TD Garden, they currently lead the series 3-2.

Although the Bruins outshot and outhit the Blues, it was St. Louis who appeared to be the more physical team last night.

In the first period, Ivan Barbashev went up high with his shoulder and hit Bruins forward Marcus Johansson. The easily fineable, unpenalized hit caused Johansson to go down on the ice. The first period remained scoreless.

Ryan O’Reilly and the Blues struck first with a goal at the start of the second period.

Controversy continued in the third as St. Louis and David Perron scored their second goal they also appeared to be guilty of tripping. Forward Tyler Bozak tripped Noel Acciari directly prior to Perron’s goal.

Again, no call was made by the officials.

Even Cam Neely was fired up about that no-call #NHLBruins pic.twitter.com/lxXqmXYg52

The Bruins hadn’t given up. Jake Debrusk managed to score a late goal on Blues’ goaltender Jordan Binnington. He was the only one to get the puck in the net for the Bruins. St. Louis came out with the 2-1 win and stole Game 5 in Boston.

After the game, Blues head coach Craig Berube addressed Boston’s head coach Bruce Cassidy’s comments on penalty calls earlier in the season and their possible effects on the officiating of game 5. He was unapologetic.

History shows that game 5 is known for being pivotal in the Stanley Cup Finals. 72% of the time the winner went on to take home the Stanley Cup. Will the Blues’ franchise win their first Cup? Only time will tell this year’s fate.

The best-of-seven playoff series will continue. Game 6 is set for Sunday at 8pm.