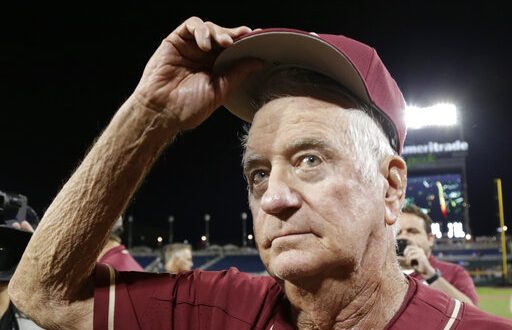 Michigan, Texas Tech, and Vanderbilt are three of the four teams set to compete for a spot at the finals. A matchup on Thursday night between Mississippi St. and Louisville will determine who will get that last spot. 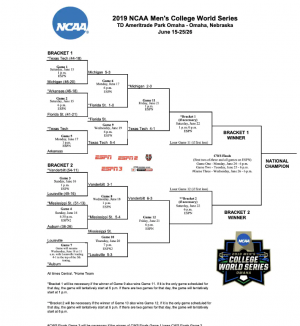 Losing in Omaha is always tough, but for Florida State, this loss might’ve been the toughest one of all. This loss also meant it was time to say goodbye to their head coach, Mike Martin.

With this 2019 season, Mike Martin capped a 40-year head coaching career with the Noles baseball team. During these years, Martin has been able to take his team to Omaha 17 times but never won a title. Martin hoped to win this title in his final season but the team fell short 4-1 against Texas Tech this past Wednesday.

One heck of a run comes to an end in Omaha. #Noles pic.twitter.com/yzuWABNRbX

Mike Martin started coaching at the junior high school level before becoming a basketball coach at Tallahassee Community College in 1970. In 1975, he went back to his alma mater, Florida State, where he became the assistant coach for the baseball team. He then stepped up as the Noles’ head coach in 1980 where he stayed for the next 40 years.

During these years, Martin was able to get an outstanding record of  2,029 wins, surpassing the previous record set by Augie Garrido of 1,975. He also saw his team qualify for the NCAA Tournament in all 40 seasons. Although the Noles have yet won a national championship, they were still able to win 11 Metro Conference titles and nine ACC titles.

Florida State has been eliminated from the College World Series

Head coach Mike Martin finishes his career with 2,029 wins, the most by any coach in any NCAA sport

After the Noles lost their first game at the CWS, they only had one more shot to stay. The program released an old video of Martin talking to his team in a previous CWS.

When asked about leaving without the title, Martin explains the unpredictability of the sport. He mentions that even though they didn’t win, his team gave it their all on the field.

Martin also shared some final encouraging words with his team and told them how proud they have made him. He encouraged them to keep their heads up and be proud of the amazing season they had.

The Noles are also thankful for everything Mike Martin has done for them. They shared a video on their Twitter page in which they paid tribute to their legendary coach.

A role model for all, you did it the right way Coach.

Fans have started wondering who will step up as the next Noles’ head baseball coach. Rumors have been going around stating that Mike Martin Jr. will step up. He has been working as an assistant coach for the team for the last 22 years. The baseball staff for the Noles has not commented on the matter.

Whether Martin Jr. takes the position or not, one thing is for sure: whoever becomes the next head coach has really big shoes to fit. The baseball staff for the Noles has not commented on the matter.

Camila is a senior at the University of Florida, who served as a beat writer for the women's basketball team from 2019 until the 2021 season. She was also a beat writer for the Gators football team during the 2020 season. Camila is also WUFT's news director as well as a sports reporter/anchor.
@CamilaMaffuz
Previous 2019 NBA Draft Preview
Next Top NBA Prospects Ready To Hear Their Name Called