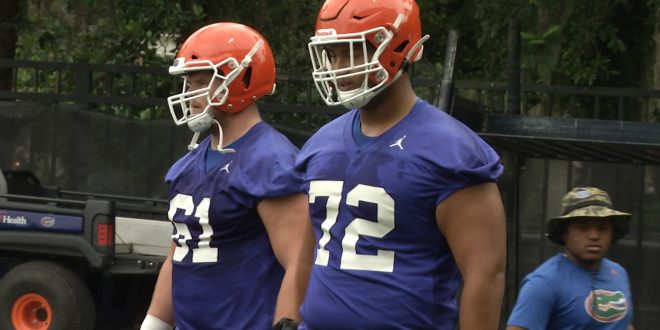 The backbone of any offense is its offensive line and Florida’s has been the subject of much criticism before a single snap has been played in the 2019 season.

Changes on the offensive line

Florida will be without 2018 offensive line starters Martez Ivey, Tyler Jordan, Fred Johnson and Jawaan Taylor going into 2019. Johnson and Taylor are currently at NFL training camp for the Pittsburgh Steelers and Jacksonville Jaguars, respectively.

Redshirt senior center Nick Buchanan is the lone starter remaining from the 2018 campaign and will have a bigger role to play when leading the new-look unit.

#Gators Co-OC/OL coach John Hevesey on center Nick Buchanan as the leader of the OL:

"He's my quarterback, he's going to direct both sides [of the offensive line]. He's jumped in and embraced it."

Furthermore, the Gators offensive line was a cornerstone of the team’s success in 2018. They only allowed 18 sacks last season, good enough to rank 20th in the country and third in the SEC. Buchanan’s started 12 games in 2018 and the new starters entering the 2019 season are leaning on the veteran.

Bleich admires Buchanan’s intelligence on the field and looks to him for advice when it comes to the playbook.

In addition, there has been chatter that the Gators offensive line will be the weakest aspect of this Florida team. Buchanan had some advice for his teammates when they hit the field going forward.

Getting ready for the start of the season

The new-look offensive line will make their debut against the Miami Hurricanes on Aug. 24 and will look to end any doubts on their depth. Heggie is looking forward to the big matchup.

The Hurricanes’ total team defense ranked fourth in the country in 2018, despite finishing 7-6. Buchanan knows that the Hurricanes will put up a fight and was clear that every game is important.

“Every game is a big game first off,” Buchanan said. “The sense of urgency just comes and we know that…we still have work that has to be done. So as long as there’s work to do it’s going to be urgent.” 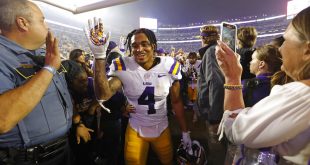 LSU, Georgia and Florida were amongst the winners of the SEC in Week 10 of …