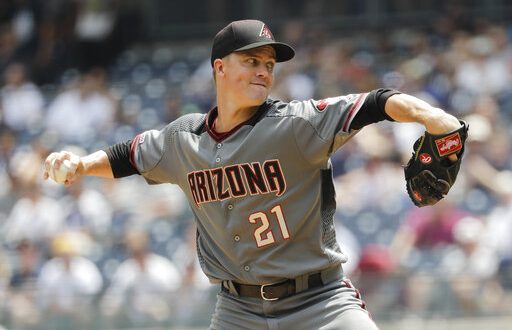 Leading up to the 4 p.m. deadline, it didn’t appear there were going to be any signature moves that could change the outlook of both leagues. However, that changed within a flash. Right before the deadline hit, the Houston Astros made a deal to bring in Arizona Diamondbacks ace Zack Greinke to an already stacked pitching staff. With other contenders like the New York Yankees and Boston Red Sox not making any notable moves, the Astros look to be the favorites in the American League and quite possible to win their second title in three years.

Houston, We Have Liftoff

Going into Wednesday, it was hard to argue that any club in Major League Baseball had a better starting rotation than the Houston Astros. Led by Justin Verlander and Gerrit Cole, the pitching staff has the fourth lowest ERA in baseball (3.79). Now, the starting rotation just got even better with the acquisition of Greinke. Greinke is 10-4 on the season while boasting a 2.90 ERA in 23 starts. His latest start might have sealed the deal for the Astros becoming the front runners for the World Series. Greinke took the mound Wednesday afternoon against the New York Yankees and slowed down one of the most deadly lineups in baseball. In five innings of work, Greinke gave up just two runs, all on a two-run homer from Mike Tauchman in the second inning. Despite the lone mistake, Greinke only gave up one other hit and struck out seven.

Astros pitcher Gerrit Cole said when the team found out about the trade, “there was a lot of hooting and hollering.” Cole said the acquisition just reaffirms the team’s mission of World Series or bust.

"We have everything we need to be a championship club" – Aaron Boone#YANKSonYES pic.twitter.com/1wtZrdRaXM

While the Astros pulled off the signature move of the day, the New York Yankees and Boston Red Sox had a different approach to the deadline. Historically, these teams are extremely active leading up to the trade deadline. This time around, both teams were relatively quiet. Despite some rumblings of either one of the these two division rivals making a move, they decided to stick with what they got. Many experts believed the Yankees needed to get some help in the starting rotation. All five Yankees starters don’t have an ERA under four.

Following a 7-5 win over the Arizona Diamondbacks, Yankees manager Aaron Boone said his clubhouse still has the makings of a championship club.

For the Yankees’ bitter rivals, they needed help in the bullpen. Instead, general manager Dave Dombrowski decided against making a deal before Wednesday’s deadline. “I think if we were closer to first place, I would’ve been more open minded,” Dombrowski said.

After Boston’s 8-5 loss to the Tampa Bay Rays on Wednesday, the Red Sox slipped to 10 games behind in the division. They’re also 2.5 games back of the Rays for the second wild card spot. Despite trailing in both race, Red Sox manager Alex Cora expressed his confidence in his team.

Notable Names in the Same Place

The New York Mets trio of starters (Noah Syndergaard, Zack Wheeler and Jacob deGrom) were popular targets for many contenders looking for an ace. However, despite the Mets tumultuous season, they decided to keep these three. This could be in part to the team’s acquisition of Toronto Blue Jays starter Marcus Stroman earlier in the week. Stroman was excited to see the Mets maintain what promises to be a strong rotation.

San Francisco Giants starter Madison Bumgarner was another popular name being tossed around to be dealt before the deadline. However, the Giants decided to retain their star pitcher.

Previous Rays Make Deadline Moves, Some Were Unexpected
Next Gator Wide Receivers could be a Strong Unit in the Upcoming Season 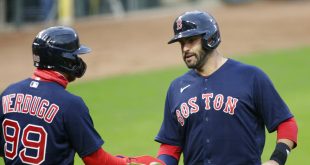 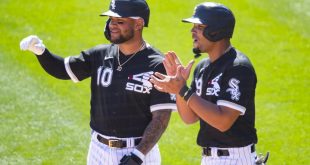