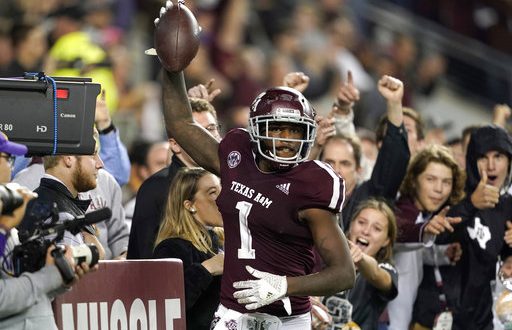 The Texas A&M Aggies look to build on their 9-4 (5-3 SEC) season that saw them win the TaxSlayer Gator Bowl. The Aggies kick off the season against an in-state opponent, the Texas State Bobcats. The Bobcats are coming off a 3-9 (1-7 Sun Belt) season which led to the hiring of an all-new coaching staff.

Both teams have spent the week getting their fans excited for opening week.

This will be the third-ever meeting between the Aggies and Bobcats. The last match-up between the two teams came in 2005. However, the match-up before that was played all the way back in 1919. Texas A&M won both games. Texas State scored in only one of the games.

The Bobcats have come a long way, however, as they have transitioned to FBS since the last match-up.

Texas A&M will be looking to extend its week 1 winning streak to three in a row.

CBS Sports has The Aggies winning by 33.5 points.

The Aggies have four of the top six preseason ranked teams on their schedule, including the top 3: No. 1 Clemson, No. 2 Alabama, No. 3 Georgia, and No. 6 LSU. Because of this, Bleacher Report ranked their schedule the sixth hardest in college football.

The Aggies are entering the season ranked at No. 12, but picking up wins against these teams could spring them to the top of College Football.

Last season, Texas A&M lost to both Clemson and Alabama but defeated LSU in a back-and-forth septuple overtime victory. The Aggies will play Georgia for the first time since 2009 when the two squads matched up in the Independence Bowl. The last time the two played in a regular-season game was 1980. Furthermore, this the first time the two teams will play each other since Texas A&M joined the SEC in 2012.

Week 1’s match-up is a good opportunity for the Aggies to get ahead and jump up in the rankings before the big games come about.

Harrison is a sports coordinator at ESPN 98.1 FM/850 AM WRUF. He served as a beat writer for Florida Gators football for the 2019 and 2020 seasons. He also contributes to WRUF's Gainesville Sports Center segments and makes appearances on the Clash on Harp on Sports. Harrison has been a content writer for WRUF since January 2019 as well.
@HarrisonSmaj
Previous Is this Michigan’s Year to Go Far?
Next No. 18 Michigan State Ready for Season Opener 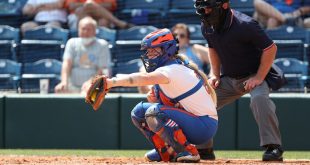 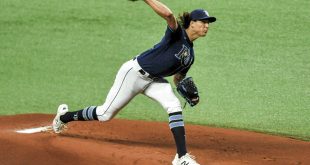 It was an all-out pitchers duel as the Tampa Bay Rays defeated Texas Rangers 1-0. …