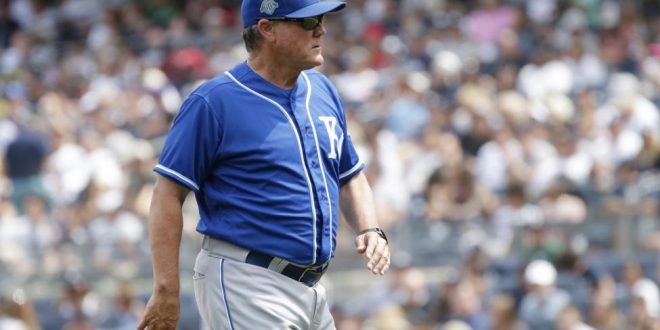 The Kansas City Royals announced that manager Ned Yost will be stepping down at the conclusion of the season. This announcement was released via Twitter on Monday after the team’s defeat against the Minnesota Twins that put their 2019 record at 57-100. This loss marked the second season in a row where the team hit 100 losses.

Official statement from the #Royals regarding Ned Yost’s retirement. pic.twitter.com/BWFATfB9tV

Back in 2013, Yost led the team to their first winning season since 2003, finishing with an 86-76 record. In 2014, the skipper led the Royals to their first playoff berth since 1985, where they ended with a 89-73 record. The 2015 season was by far the most exciting for the Royals during their time under Yost. The Royals were led to their first World Series Championship Title since the 80s. After a win against the White Sox in 2016, Yost had won his 1,000th game as a manager for both the Royals and the Brewers and had the most wins of any manager in the team’s history. He led the Royals to a total of 744 wins.

“My plan all along was to get us through the rough times then turn it over to a new manager to bring us the rest of the way.”

His step down will go into effect after the regular-season finale.

What’s Next for the Team?

Though there is no confirmation for who will fill this role next, many believe it will be filled by Mike Matheny. He was the St. Louis Cardinals’ Manager from 2012 to 2018. This season he is serving as the Royals’ Special Adviser.

The Kansas City Royals have lost 100 games and as of now still will not have a top 3 draft pick next year.

And that's why they need Mike Matheny as their manager.

Matheny isn’t the only candidate that people are predicting. Some think that Bench Coach Dale Sveum and Pitching Coach Pedro Grifol are also being considered to fill Yost’s position.

The Royals have five games remaining on the season. The regular-season finale will be on Sunday, September 29th against the Minnesota Twins.

Sara Dastgerdi is a current student at the University of Florida.
Previous Kansas Men’s Hoops Hit Hard by NCAA
Next Former Gators Wambach and Torres nominated for Hall of Fame honors