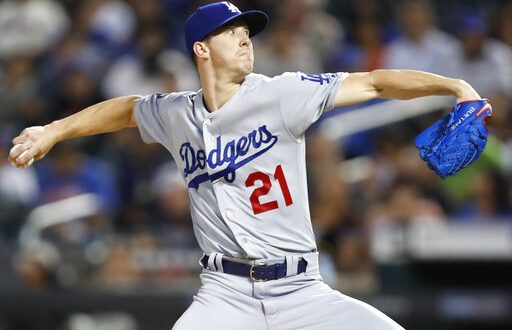 The Dodgers dominated the NL West, winning the division by over 20 games. Their 106 wins this season is second to the Houston Astros (107).

For the Nationals, however, it hasn’t been as easy.

They sat at 24-33 heading into June and looked completely out of it. A hot month of June where they went 18-8 boosted them towards a 47-42 record at the All-Star break. After the break, the Nationals went 46-27 for a 93-69 record, enough to get them into the wild card game.

Trailing 3-1, outfielder Juan Soto came up to bat in the bottom of the eight inning with the bases loaded. The 20-year-old from the Dominican Republic delivered with a two-RBI double to right field. Milwaukee right fielder Trent Grisham couldn’t properly field the line drive, allowing the game-winning run to score.

The Nationals held on for the 4-3 win to advance to the NLDS.

The Dodgers have had the luxury of not playing since Sunday, meaning the team’s best arms are available for the series. Los Angeles will be starting Walker Buehler (14-4, 3.26 ERA) on the mound for Game 1. Buehler is winless in four postseason starts with a 3.80 ERA.

The Nationals had to use both of their aces (Stephen Strasburg and Max Scherzer) in the wild card game. Thus, they will have to turn to Patrick Corbin (14-7, 3.25 ERA). The southpaw will be making his first career postseason start.

The Dodgers had the best ERA in the league as a team this season (3.37), and their depth will be a major issue for the Nationals. Behind Buehler, the Dodgers boast likely National League Cy Young candidate Hyun-Jin Ryu, owner of the lowest ERA in the league (2.32), and three-time NL Cy Young winner Clayton Kershaw (16-5, 3.03 ERA).

The Dodgers might have an edge in the pitching department to begin the series, but Nationals’ trio of Strasburg, Scherzer and Corbin is nothing to sneeze at. The Nationals’ bullpen, however, is a concern. It finished 29th in the league in ERA, and Washington will need its starters to go deep into games to keep up with the Dodgers.

The Dodgers have enough depth to do damage regardless of the quality and handedness of the opposing pitcher. Los Angeles scored the sixth-most runs in the league during the regular season and 13 more than Washington.

Their lineup boasts four players with at least 20 home runs, and a fifth, shortstop Corey Seager hit 19. The long ball is where the Dodgers can hurt the Nationals the most, as the Dodgers hit 48 more home runs in the regular season. Washington’s pitchers do a good job of preventing home runs, but it is something to keep an eye on.

Both of these teams are well-balanced between hitting and pitching, but the Dodgers appear to have the deeper pitching staff and batting lineup.