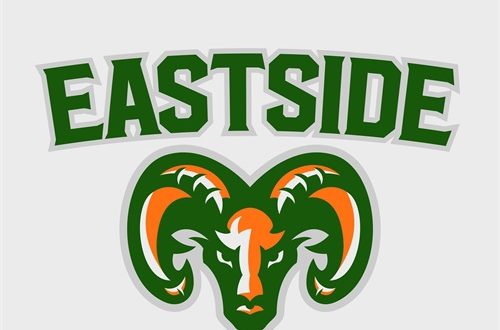 Richardson out at QB for Eastside Rams

With Anthony Richardson ruled out for Eastside’s game against Ridgeview, backup quarterback Holden Johnson looks to keep playoff chances in the Rams’ future.

Eastside and Gator commit Richardson went down in last week’s game against North Marion. After a few hard hits and a sack, Richardson hobbled off the field appearing to have an arm injury. He went back into the game for a few minutes before again walking off with pain in his arm. Members of the training staff wrapped his collarbone and determined him out for the remainder of the game. It was later confirmed Richardson suffered a right arm/shoulder injury.

Eastside had their worst game of the season, losing 49-13.

It was originally reported that Richardson would be out for the rest of the season. However, this is not accurate as Richardson responded to the original tweet that reported he was out for good.

Not confirmed lol, getting X-rays in the morning. https://t.co/dl9XwIaaRQ

“We’re playing it by ear week to week,” Daniels said.

Richardson will sit out Thursday night’s game but the Rams expect to see him on the field soon.

Relief for the Gators

The Gainesville native committed to the University of Florida on April 6, 2019. His negative X-Rays are great news for Gator fans. With Feleipe Franks out for the season and Kyle Trask with a knee injury, the Gators don’t need anymore bad news surrounding the quarterback position.

Richardson out, Johnson in

With the 6’4 senior out of tomorrow’s game, 5’10 135 pound freshman Holden Johnson will be stepping in at quarterback.

Against North Marion last week, he threw for 45 yards and had a .500 competition percentage.

Although he’s only been at Eastside a short time, Daniels is confident in Johnson’s ability.

The Rams will be playing the 0-4 Ridgeview Panthers at home Thursday at 7:30 pm. Ridgeview has struggled to put up points throughout the season. They average 14 points per game while Eastside averages 30.5.

“Offensively, it’s hard to pinpoint what they do well,” Daniels said.

Without Richarson at quarterback, we can expect less offensive power from the Rams. However, the team shouldn’t expect too much of a fight from the winless Panthers.

Figuring out a plan to make it big in the soccer scene in the U.S. or anywhere else in the world. For now, I'm having a blast writing for ESPN Gainesville and learning a lot from managers and students around the workplace. I'm covering the TV beat for Gators Soccer. What a team! Follow me on twitter: @J_AguerrevereUF
@@J_AguerrevereUF
Previous Braves looking for a tiebreaker at home against Cardinals
Next Gators’ Defensive Linemen Up For Challenge Against No. 7 LSU