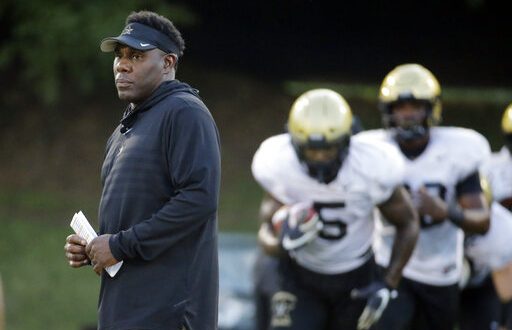 The Vanderbilt Commodores take on the University of Nevada Las Vegas Rebels this Saturday. The Commodores are coming off a big loss to Ole Miss last week, 31-6, while the Rebels also had a loss to Boise State, 38-13, in last week’s game. In other words, both teams are hungry for a victory in week seven.

Vanderbilt’s Coach Derek Mason believes this game against UNLV will be a rising opportunity for his team that is 1-4. The Commodores have struggled with several players having injuries so far this season in the linebacking core and secondary. However, a few players will be returning for this week’s matchup, and the team as a whole is coming back together little by little.

Mason says that his team had a great practice this week solidifying their offense, defense and making a game plan around their best players in preparation for Saturday’s  home game. He believes his team can control the game if they play up to their potential.

UNLV wants to win this game on Saturday just as much as Vanderbilt. The Rebels have not won a single game since their first matchup against Southern Utah.

It is obvious that the Rebels have struggled finding an offense that works best and that is consistent for the team. In the last four games, the Rebels have not been able to score over 17 points and their running game has not been successful. Vanderbilt will take advantage of the Rebel’s offensive line if no changes are evident this Saturday.

UNLV will take on Vanderbilt at 4:00 p.m. October 12 at the Vanderbilt Stadium in Nashville, Tennessee.