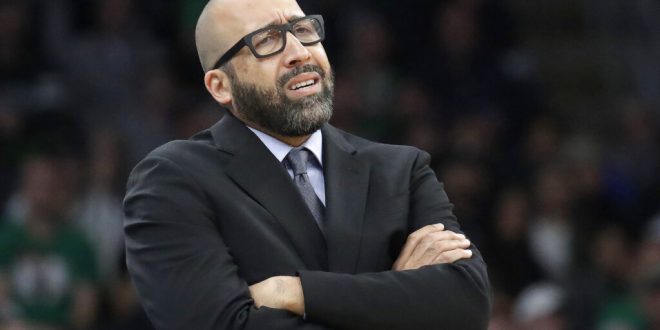 Could David Fizdale’s Time with Knicks be Running Out?

New York Knicks coach David Fizdale could be running out of time to get his team rolling. This is Fizdale’s second year coaching the Knicks, with his first season ending 29-53. With this record, Fizdale and company ended up with the 3rd overall pick in the NBA Draft and picked RJ Barrett from Duke University. So far this season, the Knicks are currently 2-8, which is the worst record in the East.

Before the Knicks, Fizdale was an assistant coach for the Miami Heat, winning two NBA titles in 2012 and 2013. After being with the Heat, Fizdale was then hired by the Memphis Grizzlies, coaching them for the 2016-2017 season, and then being fired early in the 2017-2018 season.

Not only were there struggles during the regular season, but the offseason was as well. While the Knicks had the highest chance to get the first pick in the 2019 draft, they ended with the third selection. There were also multiple free agents such as Kyrie Irving, Kawhi Leonard, and Kevin Durant during the 2019 offseason that were linked to the Knicks.

With these stars on the market and a ton of cap space to sign them, the Knicks were still unable to pick any of them up. Instead, the Knicks signed Julius Randle, Marcus Morris, and Bobby Portis. Rather than moving to Madison Square Garden, Irving and Durant chose to play for the Brooklyn Nets.

Throughout the 10 games the Knicks have played, they have not started off on the right foot. The Knicks are currently scoring 99.2 points per game, second-worst in the NBA at the moment, giving them the worse offensive rating in the NBA. The Knicks also have a defensive rating of 110.5, allowing over 109 points per game. Rookie RJ Barrett has played the most minutes this season, playing over 35 minutes per game.

With Fizdale and the team struggling, could this be the end of his time at the Knicks?